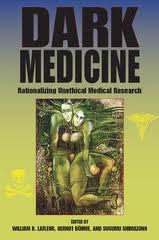 Since the Nuremberg Code, protecting human subjects has always been thought more important than the speed in which research could be successfully brought into clinical application.  But the world of medicine is growing increasingly utilitarian, and I have wondered how long that ethos would remain unchallenged.

Now an opinion article in the Journal of Internal Medicine advocates weakening the Internal Review Board (IRB) system of ethical oversight—by applying the same type of cost/benefit analysis to human subjects protection that we see in other fields of regulation.  The authors’ thesis, in a nutshell, is that ethical oversight slows research,which costs lives, meaning that we should seriously consider scrapping IRBs.  From the column:

When biomedical research produces life-saving interventions like new drugs and devices, new uses for old drugs and new systems of care, time is critical...Regulatory delay is as harmful as any other delay. Further, biomedical research does not just save lives, it promotes other important social goods, like soothing suffering and diminishing disability. Regulatory delay presumably diminishes these benefits as well in ways that also need to be assessed.

All these costs need to be surveyed and assessed as – of course – do the benefits of research-ethics regulation. Only then can we make a judgment as to whether ethics regulation does more good than harm. If it does not, we must ask whether it can be reformed or whether another system of regulation should be used.

What? Create yet another area for researchers to demand public grants to conduct studies?

Cynicism aside, this is very dangerous territory.  Note that the column appeared in a prestigious, mainstream medical journal—which means advocacy for loosening protections of human subjects is now considered a respectable view.  Worse, it reflects the growing utilitarianism in medicine and science, which can is very dangerous to the health and well being of the sick and disabled, as well as the politically and economically weak and vulnerable.  Consider too that, as reported here at SHS, some of President Obama’s highest advisers (Cass Sunstein, Ezekiel Emanuel, etc.) advocate giving greater weight to some lives than others in government regulatory analyses.  Would that also factor into cost/benefit measurements in human subjects research?

Besides, everything can’t be measured.  For example, how do you factor intangibles into the equation such as the potential for coercion, oppression, lying by omission, and high pressure tactics applied against potential subjects?  Good grief, that sometimes happens now. How about the loss of trust in research? Think of the harm to the sector that would be caused when the first scandal resulting from laxer regulations erupted into world’s headlines.

Frankly, I think the existing IRB system is too weak because it relies almost entirely on self regulation and enforcement.  But that’s the subject for another day.  For now, we need to dash this bad notion from the git-go.