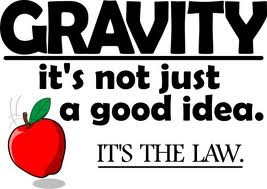 The Center for Bioethics and Culture asked me to expand upon comments I have made here noting that the politics of ESCR seem to have the power to supersede the rule of law. Not being the shy and retiring type, I immediately agreed.  The result is now out.  From “Embryonic Stem Cell Research Versus the Rule of Law:”

First, let’s consider an ongoing case in the USA, in which two adult stem cell researchers sued to enjoin federal funding of human ESCR because, they claim, doing so violates the Dickey-Wicker Amendment. Dickey-Wicker, a government rider to the budgetary process, has been passed by every Congress and signed by every president since 1996. Its terms explicitly preclude the Feds from paying to create embryos for use in experiments, or for research that destroys embryos. Thus, the outcome of the researchers’ lawsuit should be decided based on the facts of how embryonic stem cell research (ESCR) is performed as applied to the clear terms of the law as written. If embryos are destroyed, then under Dickey, federal funding would seem to be precluded. If not, then not.

But when an issue is as hyper politicized as stem cell research, nothing is that simple. Those supporting federal funding (beginning with President Bill Clinton) have tried to circumvent Dickey by arguing that ESCR should be divided into two pieces: the destruction of the embryos, and then, the research on the cells derived from such destruction. So long as the destruction is paid for privately, they argue, the Feds may fund the research legally—even if the embryo is destroyed in anticipation of receiving federal funding thereafter.

I discuss Royce Lambert’s ruling that NIH funding of NIH violates Dickey, which it clearly does, noting that the Court of Appeals ruling overturning his decision reads more like a policy decision than being based on the law as written.  I also note that the EU Court was dealing with the same issue in the context of patent law, and that a magistrate found that the law, as written, precludes patenting ESCR products because they are derived from destroyed embryos.  Moreover, the same old playbook has been brought out in that case, with the M being accused of imposing his religious views, when he clearly sought to apply the law as written.  I conclude:

The Congress and the EU Parliament are free to change the law if they want ESCR governmentally supported by funding and patent protection. Until they do, however, judicial rulings should rest on the fact that ESCR requires the destruction of embryos applied to a clear reading of the relevant statutes as written. Doing otherwise might please the politically powerful. But, that’s how the rule of law is destroyed.

The rule of law is more important than either the federal funding or patenting of stem cells. Whenever judges impose their policy views as if they were synonyms for statutory law, we are much less free.
0
Print
Email
Prev Article
Next Article