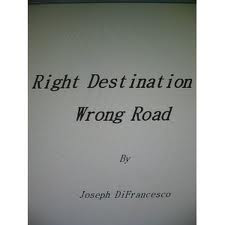 Yesterday, conservative New York Times columnist Ross Douthat, in the wake of Jack Kevorkian’s demise, had a good column against legalizating assisted suicide. I didn’t post it because it closely tracked with what I have written here and elsewhere.  Now liberal Washington Post blogger, Ezra Klein, has a badly thought out column that wrongly rejects Douthat’s thinking, but eventually gets to almost the right place, anyway.  From “The Argument For and Against Euthanasia:”

I don’t find Ross Douthat’s case against physician-assisted suicide very convincing. If there’s a right to suicide for the dying, he worries, what’s to stop the mentally ill from choosing suicide, or the recently paralyzed? The answer, of course, is that they already can. As many bereaved survivors can tell you, a formal right to suicide isn’t a necessary precondition to the act. The question is not suicide, yes or no, but suicide, assisted or not?

That’s just ludicrous because it denies the efficacy of suicide prevention, which studies show, works—even for suicidal people who are terminally ill or people in despair over an injury or illness causing serious disability.  Indeed, one study I cite in Forced Exit shows that while medical personnel think that a new quadriplegic will always be depressed, in actuality, such people have similar depression levels as the rest of the population five years post injury.

The real question is whether we care enough about our fellows to stick with them and help them get past the darkness.  Klein’s diagnoses is shrug and abandon based on the notion that suicide can’t really be prevented, when it demonstrably can be.

Maybe he can hear Emmanuel because both are liberal.  But assisted suicide advocates shrug and say, suffering is suffering, and it doesn’t matter which is the cause.  Indeed, that is the explicit law of the Netherlands and Switzerland—both of the nation’s supreme courts found a right to physician prescribed death for the mentally ill—but also that of Oregon and Washington, which only require a diagnosis of terminal illness, not actual and irremediable pain inducing the desire to kill oneself.

Back to Klein again:

[Emanuel writes,]“To recognize a legal right to physician-assisted suicide or euthanasia transforms the practices into routine interventions that can be administered without the need for a publicly acceptable justification.” So though I don’t buy into Douthat’s concern that legalizing physician-assisted suicide will give the suffering too much existential choice, I do buy into Emanuel’s concern that it’ll give the people around them too much choice, and that the long-term consequences of that are unsettlingly unpredictable.

Both are true, actually.

Klein concludes that he thinks the laws against assisted suicide should remain, but that we should make it clear that we will wink at doctors who do it under certain extreme circumstances.  No.  It should just be illegal.  Otherwise, it is up to doctors what kind of suffering justifies killing and/or you end up with the mess in the UK where family members can essentially now participate in assisted suicide without worry about prosecution unless they admit they did it for the inheritance.

Still, at least he sees the danger of legalization, and that is a good thing.  Klein hits a ground rule double.
0
Print
Email
Prev Article
Next Article