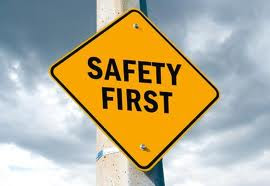 At the height of the AIDS crisis, gay men were barred from donating blood because of the greater likelihood that homosexuals could be infected with HIV.  Now, the U.S. Government is going to take another look.  From the National Journal story:

The U.S. Food and Drug Administration, an HHS agency, has banned blood donation by any man who has had homosexual sex because of the risk of the AIDS virus...Men who have sex with other men, including gay and bisexual men, have an HIV infection rate 60 times higher than that of the general population, the FDA says.  They have an infection rate 800 times higher than first-time blood donors and 8,000 times higher than the rate of repeat blood donors. Tests cannot pick up a new HIV infection in the blood with 100 percent accuracy; because blood is often pooled, many people may be at risk from a single infected donor.

But the Red Cross, always struggling with blood shortages, and other groups such as gay-rights organizations oppose the blanket policy. They say that there are other ways to screen out donors at high risk of HIV infection. Sen. John Kerry, D–Mass., has also been pushing for a change in policy. “We’ve been working on this a long time in a serious way, and I’m glad Secretary [Kathleen] Sebelius responded with concrete steps to finally remove this policy from the books,” Kerry said in a statement. “HHS is doing their due diligence, and we plan to stay focused on the endgame – a safe blood supply and an end to this discriminatory ban.”

Kerry has it wrong.  The ban wasn’t “discriminatory.” It was based on safety.

Whether the ban should remain based on current conditions, however, is a legitimate question.  Whatever the decision, it should be based strictly on science, not an ideological desire to open a door currently closed to gays.  None of us has a  “right” to give blood.  (I was turned away by the Red Cross on  9/11, for example, because I had traveled overseas within a year.)

Bottom line: If gays can donate safely, bring ‘em on!  We need all the blood we can safely get.  If the risk would still be too great—keep or modify the ban.  The Rainbow Flag has no place in the decision making process.
0
Print
Email
Prev Article
Next Article