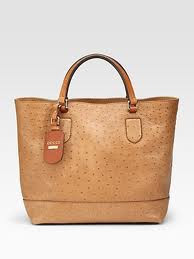 NYT columnist David Brooks often disappoints, but he has an awful column out today that not only exhibits (I hope an unintended) loathing of people who are living with serious disabilities, but which could also be fairly construed as the early spade work for establishing a duty to die among those for whom care is very expensive.

Brooks uses an op/ed from last Sunday’s NYT, in which a man dying of ALS stated his intention to refuse life-sustaining treatment—certainly his right—but which also strongly intimated he would commit suicide (at least as I read it) when he became seriously disabled.  Brooks uses that piece to tee up his own column in which he wields dehumanizing language to describe people experiencing morbidity and serious disabilities—and then, to scapegoats such people for our current fiscal crisis as if receiving care is somehow a moral failing. From “Death and Budgets:”

Clendinen’s article is worth reading for the way he defines what life is. Life is not just breathing and existing as a self-enclosed skin bag. It’s doing the activities with others you were put on earth to do.

How can anyone in good conscience and with love in their hearts for their fellow man call anyone a mere “self-enclosed bag of skin,” as if their lives were no more important than a purse? Awful.  I hope he is merely thoughtless in his choice of words.  But imagine the hurt of being a person with quadriplegia and reading those words.  As my friend Bob Salamanca, who died of ALS, once despairingly said about such advocacy, “They are pushing me out of the bright lit avenues and into the dark alley [of death].”  Moreover, we aren’t what we can do, but who we are.

Then,  adding injury to insult, Brooks  points to the earlier deaths of our elderly, disabled and dying as the solution to our current fiscal crisis:

The fiscal implications are all around. A large share of our health care spending is devoted to ill patients in the last phases of life. This sort of spending is growing fast. Americans spent $91 billion caring for Alzheimer’s patients in 2005. By 2015, according to Callahan and Nuland, the cost of Alzheimer’s will rise to $189 billion and by 2050 it is projected to rise to $1 trillion annually — double what Medicare costs right now.

Obviously, we are never going to cut off Alzheimer’s patients and leave them out on a hillside. We are never coercively going to give up on the old and ailing. But it is hard to see us reducing health care inflation seriously unless people and their families are willing to do what Clendinen is doing — confront death and their obligations to the living.

Hardly “obvious.”  If one promotes the noxious notion that somebody disabled by ALS is merely a “bag of skin” and that the morbidly ill elderly or dying have a moral obligation choose death sooner, rather than later—“voluntary” will eventually have little to do with it.

Indeed, force is already being applied against the sickest patients with Futile Care Theory, cuts in Medicaid (caused by single payer financing), and proposed calls for explicit health care rationing at the national level in both private and publicly funded systems. Moreover, those whom we would allow to be killed, we first dehumanize.  Such diminishing attitudes are precisely those that are used by advocates to open the door for legalized euthanasia and assisted suicide.

Brooks surely doesn’t “hate” people with disabilities or the elderly experiencing the terrible difficulties of morbidity in the way the KKK hates people with dark skin.  But bigotry may actually be more damaging when it doesn’t emanate from a malicious heart but results from a deeply held dehumanizing presumption to which the prejudiced person is himself blind.  David Brooks seems to fit that description.
0
Print
Email
Prev Article
Next Article