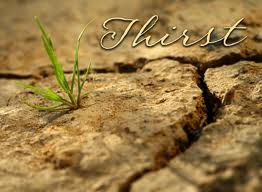 We dehydrate profound cognitively disabled people to death in the USA—a death that comes slowly over about a two week period, often resultin in tissue cracking and even bleeding.  We dress it up in nice clothes by claiming we are merely withdrawing unwanted medical treatment.  But when the treatment is basic sustenance, not only are we intentionally causing death, but symbolically, we are saying that the dehydrated person’s life is so unworthy of being lived, we won’t even give them proper food or water.

This approach to severe cognitive disability started with people diagnosed as persistently unconscious, known officially by the pejoratively worded, persistent vegetative state.  (No human being is a carrot.)  At first, we were assured that such dehydration deaths would be limited to people who are completely unaware, the idea being that there would be no suffering caused. But even if the advocates for dehydration believed their own arguments, it would never stay that way.  Humans are logical: Once we agree that medical treatment can be withdrawn—which I support—and that tube-supplied food and water is just another medical treatment like any other—which I don’t support, it should be in its own category—then at some point, it was only a matter of time for actual lack of awareness to have nothing to do with it.

The USA, alas, led this downhill march in medical ethics and humanity.  We now dehydrate conscious and unconscious people in all fifty states, and no one hears about it unless a family member makes a stink, as in the Martin, Wendland, and Schiavo cases.  The UK, which has its own severe medical ethical problems, has been much slower jumping off this particular cliff.  Dehydration has been limited to the unconscious, which became legal as a result of the Tony Bland case.  But now, a court is being asked to permit medically supplied food and water to be withdrawn from someone who is conscious.  From the BBC story:

In a landmark legal case which begins on Tuesday, a judge at the Court of Protection in London will be asked to decide whether a severely brain-damaged woman should be allowed to die. There are legal restrictions on the reporting of the case. The woman, who is 51, is known only as M and is cared for somewhere in the north of England. She was severely brain-damaged in 2003 and is in what is known as a “minimally conscious state”. In a preliminary ruling on the case, Mr Justice Baker said the tragedy had had a “devastating impact”, not only on M, but on her family including her mother, sister and partner. Those family members had “come to the clear view that M would not wish to continue living in her current state and that it is not in her interests to do so.” A crucial point for the family is that they believe M is suffering and experiences pain. Lawyers for the family are seeking a declaration that artificial nutrition and hydration can be withdrawn.

This is the way it always is.  First, bioethicists stated (or strongly implied) that dehydration deaths would be reserved for the unconscious.  When we who oppose this process tried to save people who weren’t unconscious, we were told it was even more important for them to be “let go” because they were suffering.

All of this is softening us up for the time we will just lethally inject them.  That’s what Kevorkian wanted.  So far, his dark, utilitarian vision for the world is pretty much coming to pass.  Oh, and then add in organ harvesting, already being done in euthanasia cases in Belgium and proposed in many of the most notable of the word’s medical and bioethical journals.
0
Print
Email
Prev Article
Next Article