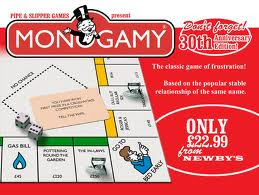 I am sorry, but there is no excuse in an advanced and educated country like the USA, which has been grappling at great cost in human suffering and financial output with AIDS for three decades: Last year, 50,000 new cases of HIV were reported.  From the NYT story:

Despite years of great progress in treating AIDS, the number of new infections with the virus that causes it has remained stubbornly around 50,000 a year in the United States for a decade, according to new figures released on Wednesday by federal officials.  The American epidemic is still concentrated primarily in gay men, and is growing rapidly worse among young black gay men.

AIDS is too often treated as a civil rights rather than a public health issue.  And the meme that condoms are the answer, is clearly wrong.  Until and unless a vaccine is developed, the only way to end this devastation is for people to indivually restrain their personal conduct.  Don’t have sex, except with a mutually monogamous, uninfected partner.  Don’t share needles.  Don’t pick up someone at a bar and jump into bed.  Don’t go to sex clubs (and municipalities should shut them down).  Don’t engage in the most risky sexual behaviors involving body parts in which tissues easily tear.  Care more about life than sex.

And I, for one, am utterly fed up with AIDS being treated as a political matter:

That realization is causing a rift in the AIDS community. Activists say the persistent H.I.V. infection rate proves that the government prevention policy is a flop. Federal officials are on the defensive even as they concede that the epidemic will grow if prevention does not get better, which they know is unlikely while their budgets are being cut. And some researchers believe it is impossible to wipe out a fatal, incurable disease when it is transmitted through sex and carries so much stigma that people deny having it and avoid being tested for it.

Baloney. Humans have the capacity to restrain their behavior regardless of the urgency of their desires.  The time has come to quit worrying about moralizing and create a societal expectation that they do.

And get this rationalizing:

Philip Alcabes, a public health epidemiologist at Hunter College in Manhattan, noted that 50,000 is close to the number of Americans who die in road accidents each year — almost 40,000 — “and in some ways, we consider dying on the road an ordinary thing.” By contrast, he said, nearly one million Americans a year die of heart disease and strokes.  “So it’s not clear that prevention is a failure,” he said. “The average adult’s chances of encountering H.I.V. infection — 0.02 percent a year — are rather low. It’s not reasonable to expect that a sexually transmitted virus will disappear in America, or anywhere else. But I agree with Larry Kramer that there has been a dearth of new policy ideas.”

Bottom line: A sexually libertine lifestyle makes you sick (and not just with HIV).  No more “you can have your cake and eat it too” anti AIDS advocacy.  That’s not prejudice, it is common sense.  And, more importantly, it is love.
0
Print
Email
Prev Article
Next Article