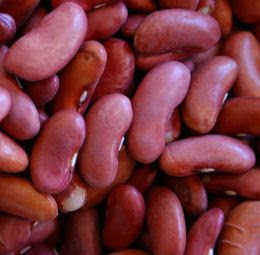 Three people were arrested on Sunday in the remote Kalai area, 300 kilometres northwest of Dhaka, after reports surfaced that villagers were having their organs removed illegally. “We have found that scores of poor villagers have sold their kidneys for 150,000 to 200,000 taka ($A1880 to $A2815),” local district police chief Fazlul Karim said. “Some 38 villagers from five villages in the area have sold their kidneys for cash - but this is just the tip of the iceberg. We believe there could be up to 200 victims.” The police investigation found that in some families in the area - which is one of the most impoverished regions of Bangladesh - four or five people had sold their kidneys, he said.

Given that these people will not have access to quality medical care, the chance of illness and complications from the sale are significant. Exploiting such desperate people is inexcusable.

The ultimate culprits here are the doctors—who I think should be jailed for life, if convicted—who sell their medical souls and skills at the expense of the victims, and the unethical and immoral purchasers.  Being desperately sick is no excuse for lacking character and putting your own life above the life and health of destitute people, as if writing a check serves as a modern-day indulgence excusing exploitation.

Not only that, but some of the trafficking involves harvesting kidneys and other organs from murder victims.   (Investigations are ongoing about whether Serb prisoners were executed and harvested in Kosovo during the war there, a charge heatedly denied, with no evidence yet apparently uncovered.)  But we know China has killed prisoners for organs.  Some purchasers evenly openly brag about their participation as buyers of organs, as in “The American Vampire,” and even made money off their sordid deeds as Daniel Asa Rose did in his book, Larry’s Kidney.

As I have written many times, organ trafficking should be outlawed internationally.

Dean Koontz’s Your Heart Belongs to Me hits a fictional bulls eye against this non fiction horror.