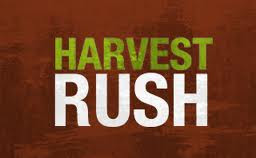 Are they out of their minds?

I have written in support of the non heart beating cadaver donor method for procuring organs—sometimes called heart death to differentiate it from the “brain death” (really, declared dead by neurological criteria). This approach involves declaring death after the irreversible cessation of cardio/pulmonary function, usually after the planned withdrawal of mechanically delivered life-sustaining treatment.  After a waiting period of 2-5 minutes to ensure no spontaneous resuscitation, the patient is declared dead by the treating team, and the organ harvesting team enters the surgical suite and procurement begins.

Ethically, the treating medical team that withdraws unwanted medical treatment is supposed to be completely divorced from the organ procurement team.  And if the patient doesn’t go into cardiac arrest within 30 minutes of withdrawing life support, he or she is returned to the ward and is no longer considered a donor.

A key to me in this area was a sufficient waiting period: I have always considered 2 minutes to be too short for comfort, but have been okay with 5 minutes.  And certainly, the care for the living patient must be completely separate from the post death organ donation. But now, new proposed rules contemplate doing away with both these ethical protections. From the Washington Post story:

Surgeons retrieving organs for transplant just after a donor’s heart stops beating would no longer have to wait at least two minutes to be sure the heart doesn’t spontaneously start beating again under new rules being considered by the group that coordinates organ allocation in the United States. The organization is also poised to eliminate what many consider a central bulwark protecting patients in such already controversial cases: an explicit ban on even considering anyone for those donations before doctors and family members have independently decided to stop trying to save them.

What a profoundly unwise idea! Perhaps these organ transplant professionals are so caught up in their important work—that wasn’t sarcasm—that they don’t understand that the erosion of existing protections will profoundly undermine the people’s weak faith in organ transplantation, which to use the old cliche, is a mile wide, but is only an inch deep.  In other words, instituting these changes could well result in fewer organs obtained, not more. Indeed, if people come to believe that their organs could come to be considered as more important than their lives, you will see a mass exodus from organ donor lists.
0
Print
Email
Prev Article
Next Article