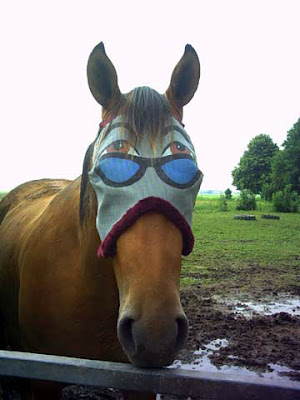 The SF Chronicle has a front page story about the fourth human subject to receive an embryonic stem cell-derived injection of cells.  From the story:

A Bay Area patient who recently suffered a serious spinal cord injury and is now paralyzed from the waist down joined the world’s first-ever embryonic stem cell study in humans last week, when Stanford doctors injected 2 million cells designed to replace damaged neurons in the patient’s spine. The patient, who is not being identified, is the fourth person to be enrolled in the clinical trial being run by Menlo Park’s Geron Corp. and the first person in California. The patient, whose participation in the trial was revealed Tuesday, received the stem cell injection Saturday at Santa Clara Valley Medical Center and is now at the rehabilitation center there.

And no matter what happens, the test is an advance!

Regardless of the outcome, the study is a major step forward in stem cell research, researchers say, and scientists from all over the field will be watching the results carefully.

Here’s the thing:  This isn’t news.  The patient is merely the fourth person enrolled in an uncompleted safety study of six (I think that’s the number).  The California angle is just an excuse for a press release and a fawning front page story pushing ESCR.

At the same time, there have been years of successful and peer reviewed adult stem cell studies involving patients paralyzed by spinal cord injury—in which patients have had feeling restored—which went virtually unreported.  If it isn’t embryonic, to the MSM, it often just isn’t worth mentioning.

Think I exaggerate?  Let’s take a look at one from 2009.  Paralyzed patients who had no use of their legs, were able to ambulate after a combination of surgery and adult stem cell therapy.  From the Wayne State University press release:

The injuries in the study patients were 18 months to 15 years old. The patients, ages 19 to 37, had no use of their legs before the treatment. One paraplegic treated almost three years after the injury now ambulates with two crutches and knee braces. Ten other patients ambulate with physical assistance and walkers (with and without braces). One 31-year-old male tetriplegic patient uses a walker without the help of knee braces or physical assistance. When the stem cell transplant and scar removal process was combined with an advanced form of rehabilitative training that employs brain-initiated weight-bearing movement, 13 patients improved in the standard measures used to assess functional independence and walking capabilities.

Did you miss the front page stories about this very encouraging early study?  Yea, me too. (Here’s a link to the peer reviewed published report.)

I somehow also missed the headlines about restored feeling for subjects with total loss of sensation published in Spinal Cord:

Thirty-nine consecutive patients with diagnosed complete cervical and thoracic SCI for at least 2 years and with no cortical response in the SSEP study of the lower limbs were included in the trial. The trial patients underwent peripheral blood stem cell mobilization and collection. The stem cell concentrate was cryopreserved and reinfused through arteriography into the donor patient. The patients were followed up for 2.5 years and submitted to SSEP studies to evaluate the improvement in SSEPs after undifferentiated cell infusion. Twenty-six (66.7%) patients showed recovery of somatosensory evoked response to peripheral stimuli after 2.5 years of follow-up.

This general ignoring of adult successes and boosting less impressive embryonic studies has been going on a long time, as I reported in “The Great Stem Cell Coverup,” published in the Weekly Standard back in 2006.

So, in summary: The media often over report embryonic stem cell stories and badly under report better results when they happen with adult stem cells.  Just another example of media often not reporting the actual story, but the story they want to report.
0
Print
Email
Prev Article
Next Article