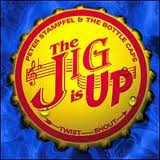 Some GWHs like to try to impose their policy views by stifling the debate about man made global warming.  “It’s the consensus!” they thunder—deaf to the irony that “science” isn’t determined by consensus.  “The skeptical scientists are on the oil company payroll!”they scream, which works for the choir but shows the rest of us their true ideological colors.  “Skeptics are mere ‘deniers,’ akin to those who deny the Holocaust!,” they sneer, as if insults persuade and a predicted end-of-the-century future is as certain as the already happened past.  And then there’s their supposedly great trump card, “To deny ‘climate change’ is to be ‘anti science!”

Rubbish, all of it.  Over at the Boston Globe, Jeff Jacoby has a good rejoinder to some of this nonsense.  Jacoby is reacting to the political slur from Bill Clinton that one can’t become the Republican nominee for POTUS unless they “deny science,” meaning man made global warming.  From “Climate Skeptics Don’t ‘Deny Science:’”

In truth, global-warming alarmism is not science at all — not in the way that electromagnetic radiation or the laws of planetary motion or molecular biology is science. Catastrophic climate change is an interpretation of certain scientific data, an interpretation based on theories about the causes and effects of growing concentrations of carbon dioxide in the atmosphere. It is not “denying science’’ to have doubts about the correctness of that interpretation any more than it is “denying economics’’ to have doubts about the efficacy of Kenyesian pump-priming.

Exactly, when people say man made global warming is a “fact,” they play us for chumps, and conflate knowledge obtained via the scientific method—where the complexities of the forces that drive climate still are far from fully understood—with ideologically driven policy proposals that pretend to be objective science but are actually politics using global warming as the front.  That’s GWH.

Jacoby also notes that the dissenters from the vaunted “consensus” about are some of the biggest names in contemporary science:

You don’t have to look far to see that impeccable scientific standards can go hand-in-hand with skepticism about global warming. Ivar Giaever, a 1973 Nobel laureate in physics , resigned this month as a fellow of the American Physical Society (APS) to protest the organization’s official positionthat evidence of manmade climate change is “incontrovertible’’ and cause for alarm...By now, only ideologues and political propagandists insist that all reputable scientists agree on the human responsibility for climate change. Even within the American Physical Society, the editor of “Physics and Society’’ (an APS publication) has acknowledged that “there is a considerable presence within the scientific community of people who do not agree . . . that anthropogenic CO2 emissions are . . . primarily responsible for the global warming that has occurred since the Industrial Revolution.’’

Giaever is only one of many distinguished scientists who dissent from the alarmist view on climate change. Among the others are Richard Lindzen of MIT and John Christy of the University of Alabama at Huntsville, both noted climatologists; the eminent physicist Freeman Dyson of Princeton’s Institute for Advanced Study; and S. Fred Singer, professor emeritus of environmental science at the University of Virginia.

The attempt to stifle such dissenting views about global warming—while still ongoing, alas—have failed. People have seen through the propaganda.  They know they have been force fed—and denied objective reporting by an in the tank media—and they don’t like it.

They also don’t like anyone unilaterally declaring the debate over (as Clinton, Gore, and others have), when, in fact, it is just getting interesting.  Nor do they like being looked down upon by their self-declared rescuers and media—snobbery is a real problem for the GWHs.  They have seen the lies exposed—such as the end of the Himalayan glaciers by 2035—and taken the measure of  the GWHs credibility.  Whatever the ethics of Climategate, they saw that the scientists involved were not merely interested in a full and objective discourse.

They rightly view GWH as a material threat to their pocketbooks.  They see that the oil, gas, and coal industries are being suppressed by bureaucratic fiat.  They know that the “green jobs” promise is, for now, hollow.  They have noticed the Solyndra Scandal, and realize that it was partly caused by GWH, in the sense of why that company and industry had been picked as the beneficiaries for a mass tax money throw and flush.  They know that increased gas and energy prices could be the death knell for any kind of meaningful recovery—which, they are well aware, would be just fine with those GWHs who preach decline and poverty.  And they see the high-living hypocrisy of some of the most strident GWH advocates like Al Gore, Prince Charles, and Thomas Friedman, and think that since they don’t do what they say, they don’t really believe what they say.

If GWHs want to know why the polling shows an ever decreasing urgency over climate change—and why their panic mongering over a small hurricane and a bad Texas drought haven’t helped the cause (at least in the USA)—read this post very carefully.

I know, I know: 97 percent of scientists, and all that jazz.  But the jig is up, fellows.  You are going to have to impose your policies on an unwilling public, which we know you are more than happy to do (another reason for the growing skepticism.  We don’t like authoritarianism).  But that is not going to be as easy as you may wish.
0
Print
Email
Prev Article
Next Article