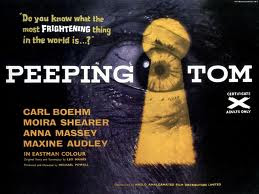 Most of the grunge work of government is done by faceless bureaucrats, who write libraries full of societal enervating rules implementing what are essentially regulation-enabling statutes—often hundreds or even thousands of pages long.  Thus, Obamacare’s 2000 or so pages of skeletal statutory language will possibly generate 100,000 pages of regulations.  Who can keep track?

Only the industry of professional lobbyists and lawyers that haunt K Street and environs in Washington DC.  And that increasingly seems to me to be the point: How can we self govern when we have no idea what the government is actually doing?  Sometimes, I really wonder whether it is accurate to call us free anymore.

Case in point, a proposed rule for Obamacare regarding reinsurance issues takes up 25 mind numbing pages of the Federal Register.  Apparently, it would require our insurance companies to disclose to details about each of our health care to the government.  From an article by Rep. Tim Huelskamp in the Washington Examiner:

In a proposed rule from Secretary Kathleen Sebelius and the Department of Health and Human Services (HHS), the federal government is demanding insurance companies submit detailed health care information about their patients. The HHS has proposed the federal government pursue one of three paths to obtain this sensitive information: A “centralized approach” wherein insurers’ data go directly to Washington; an “intermediate state-level approach” in which insurers give the information to the 50 states; or a “distributed approach” in which health insurance companies crunch the numbers according to federal bureaucrat edict.

Great.  That will be real secure  As the Congressman notes, think about the lost laptops containing information that we’ve read about in the news.  Think Wiki Leak’s accessing top secret information.  Think hacking.  Think political snooping.  The possibilities for loss of confidentiality are endless.

The second concern is the government compulsion to seize details about private business practices. Certainly many health insurance companies defended and advocated for the president’s health care law, but they likely did not know this was part of the bargain. They are being asked to provide proprietary information to governments for purposes that will undermine their competitiveness.

Of course. The end goal of Obamacare is to eventually destroy the industry and force us all into a one size fits all single payer system.

With its extensive rule-making decrees, ObamaCare has been an exercise in creating authority out of thin air at the expense of individuals’ rights, freedoms, and liberties. The ability of the federal government to spy on, review, and approve individuals’ private patient-doctor interactions is an excessive power-grab.

Yup.  And that doesn’t even begin to include the bureaucratic control that will be exercised over our lives in the name of “wellness” and health care cost containment.

Obamacare really does mark a turning point in American history away from freedom and privacy, and toward government of, by, and for—the government.  If we are to remain the free country we have been, it simply must go.

Oh, if you want to spend an hour or two of mind numbing reading, here’s  a link to the proposed rule.
0
Print
Email
Prev Article
Next Article