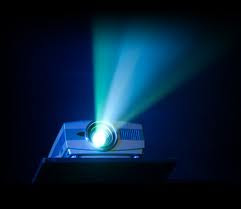 Pro embryonic stem cell research scientists sure can get touchy about ethics. In fact, if you read what some of them write, you might conclude that they believe only scientists should decide what is ethical in science.

What else are we to think about a blog entry by a “faculty level scientist,” named Paul Knoepfler at UC Davis.  Knoepfler criticizes my opinion—always fair game—expressed in a blog entry today about another advance in induced pluripotent stem cell research. In doing so, however, he made some ludicrous assertions about what I believe, to which I feel compelled to reply. (Knoepfler dismisses my belief that Bush’s policy contributed to finding alternatives to embryo destructive research. I won’t belabor that point in this post.)

First the setup. From the Knoepfler Lab Stem Cell Blog:

One of the weapons in the war against stem cell therapies is the use of a seemingly simple word: “ethical”. What does it mean to do ethical science in general and in particular what is ethical stem cell research? Who decides? According to the opponents of embryonic stem cell (ESC) research, that line of research is unethical and even immoral and it is they who get to make those decisions for the rest of us.

Nonsense.  Society, via its elected representatives, decide through laws and regulations that govern the ethics of science.  Think about it.  The Animal Welfare Act limits what can be done with many animals in scientific research. Who decided those rules?  The representatives of the people.  Would Knoepfler ever assert that the government had no right to place those parameters on science?  I doubt it—because he probably agrees with those rules.  It is no different with embryonic stem cell research.

The implication from their attempting to force other people to take on their definitions of “ethical” stem cell research is that scientists and members of the public who support ESC research are bad people, immoral people. Maybe even people who will go to hell.

Oh, good grief.  Get a grip.  I don’t know of one mainstream critic of ESCR that has said those with whom they disagree are immoral people or that they are going to hell.  Certainly not Richard Doerflinger, who speaks for the United States Conference of Catholic Bishops on this issue. Certainly not David Prentice, who now plows this field from the religiously oriented Family Research Council.  Certainly not Doug Johnson at the National Right to Life Committee.  Nor William Hurlbut or Robert P. George, both Christians who served on the President’s Council on Bioethics and both of whom oppose ESCR.  Nor Leon Kass. Nor people on the left who have qualms about human cloning research, such as the people at the Center for Genetics and Society. People who build straw men tend to have weak arguing capabilities.  As in:

Today a piece at the Secondhand Smoke blog argued these assumptions heralding the claim that iPSC are virtually identical to ESC, but of course are the moral alternative. The piece begins “Ethical stem cell research continues to advance.” As opposed to the unethical kind and those doing that research that are on a rollercoaster to hell?

Pathetic.  I wrote an entire book on this issue—Consumer’s Guide to a Brave New World.  I never brought up God’s purported view of the subject, heaven, or hell, none of which appear in the index.  And speaking of the pot calling the kettle black in terms of casting moral aspersion:

Those who oppose ESC research as unethical are in effect telling millions of patients who might helped by such technology “sorry, you have the wrong disease, go ahead and suffer and die because current medical technology can’t help you!”

Right. We want people to suffer and die.  Only the self-defined morally superior would make such a crass denigration.  I think that is known as projection in mental health circles.

One last point: Knoepfler mentions Yamanaka. But he is apparently ignorant of the ethical impetus that led the great researcher to develop IPSCs: He looked under a microscope at a human embryo and experienced ethical queasiness:  Here is what Yamanaka said about that experience:

“When I saw the embryo, I suddenly realized there was such a small difference between it and my daughters,” said Dr. Yamanaka, 45, a father of two and now a professor at the Institute for Integrated Cell-Material Sciences at Kyoto University. “I thought, we can’t keep destroying embryos for our research. There must be another way.”

Let’s repeat that: Yamanaka decided to research IPSCs after seeing human embryos under a microscope and thinking of his daughters.  He hoped to find, and appears to have succeeded, a way to obtain the potential benefits of pluripotent stem cells without destroying nascent human life in the process.  Good on him.

“If human embryonic stem cell research does not make you at least a little bit uncomfortable, you have not thought about it enough,” he said. “I thought long and hard about whether I would do it.”

So, yes: Embryonic stem cell research raises very important ethical and moral issues.  The most notable scientists in the field so acknowledge.  That being so, we all have a right to a say in the rules and laws that should govern the field.
0
Print
Email
Prev Article
Next Article