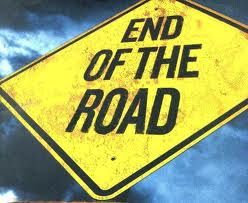 That, as they say, is that.  When anti circumcision activists—known ludicrously (in my view) as “intactivists”—qualified an initiative to ban the circumcision of minors, we discussed it at length here at SHS.  Well, that led to a big fuss, a judge booted the initiative from the ballot, and now Governor Jerry Brown has signed a bill that makes such local attempts to outlaw circumcision illegal.  From the AP story:

California’s governor has signed a bill that that will prevent local governments from banning male circumcision. Gov. Jerry Brown’s office announced Sunday that the Democrat signed AB768, a bill written in response to a ballot measure proposed in San Francisco. Backers of a ban collected more than 7,700 signatures to put a measure on the November ballot in San Francisco to outlaw the circumcision of most male children. It was later blocked by a judge. They had argued that circumcision is an unnecessary surgery that can lead to sexual and health problems later in life. Those against the ban say it is an important religious practice for many Jews and Muslims, and that it can reduce the risk of cancer and sexually transmitted diseases.

Circumcision is, understandably, a very controversial issue.  In fact, I think those who oppose the practice make some good points.  But on balance, not nearly good enough to justify outlawing the practice.  Indeed, the Center for Disease Control reports a modest medical benefit for those who are circumcised.  From the CDCs fact sheet:

Advocates can try to persuade parents to forgo. And indeed, some success is apparently being made in that regard.  But they should not be able to have the law punish parents who don’t take their advice.
0
Print
Email
Prev Article
Next Article