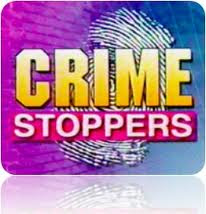 There has been a controversial meme circulating for several years which holds that the abortion right resulted unintentionally in a reduction in crime.  The idea, I think, is that the fetuses who became medical waste would, but for being aborted, have become children raised in unstable homes and poor environments, leading many, thereafter, to commit crimes in disproportionate numbers. It has raised hackles, as well it should.

Here’s the latest example of the assertion in a program called Freakonomics.  From the transcript of “Misadventures in Baby Making:”

DUBNER: That was the theory, at least. And as Levitt found, the data backed it up: Roe v. Wade, a decision meant to increase a woman’s reproductive control, was never intended to decrease crime in the U.S. But it did! Again, like the ultrasound [led to sex selection abortion], a natal development that had the most unintended of consequences.

Even if true, it is irrelevant to the morality of the matter (which the program didn’t address).  But I don’t think one can come anywhere near stating that abortion caused a reduction in crime directly—in a 1 + 1 = 2 type formula—as asserted by the show’s hosts.

Remember, the post Roe era was also the time of increased “law and order” campaigns. The Feds and states throughout the USA toughened criminal punishments, took much sentencing discretion out of the hands of judges with minimum jail requirements, etc.  We built new prisons by the score.  “Three Strikes” laws put repeat violent criminals away, using even non violent crimes as the basis. Whether one agrees with those policies or not, they certainly impacted the crime rate.  In fact, so much was spent on incarcerating people that some complain more is spent on prisons than schools.

Other factors no doubt went into the reduced crime rate as well.  For example, many states stopped treating marijuana possession as a felony.  If something ceases to be criminal, the crime rate goes down.

So, did abortion reduce the crime rate?  Who knows?  Who cares?  It really doesn’t matter—unless one thinks that we have to encourage “certain people” not to procreate as a means of reducing crime.  If we go there, we are off a moral cliff that looks an awful lot like the old eugenics.