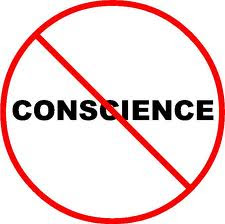 An abortion/medical conscience controversy is riling the decidedly pro choice state of Washington, presaging what I think will become one of our own most contentious bioethical controversies.  The issue involves the existence and extent of “conscience rights” for medical professionals and facilities opposed to participating in interventions that take human life.

Here’s the context: Catholic Providence Health and Services has purchased a hospital, which is now refusing to perform abortions.  From Nicole Brodeur’s column, “Swedish Abortion Decision: How About Respect for Patients?” published in the Seattle Times:

It’s not as if women are just having the door slammed in their faces. The hospital is affiliating with a Planned Parenthood clinic to ensure that women who want to stop being pregnant, can.  But that’s not enough for many pro choice advocates:

Within hours of that announcement, Swedish said it would be partnering with Planned Parenthood of the Great Northwest (PPGNW) to establish a nearby clinic that would provide reproductive health services, including abortions by Swedish-affiliated doctors. No matter. Women, women’s groups and health-care advocates were on the phone, online and outraged. “How dare you put in peril the reproductive health care of women by relegating a solution to a difficult choice to another organization,” one woman wrote on Swedish’s website. “Next it will be the alleyway.” She’s got a point. While abortion has been legal for 38 years, no one can seem to leave it in the hospitals, on the books, or in the privacy of women’s minds and bodies.

So “choice” is a one way street?

Here’s what I think is really going on.  The angry abortion advocates are really furious because of the implicit message the hospital’s wattery decision to refer instead of perform, sends: Abortion is morally wrong.

Brodeur uses the controversy to complain about limited access to abortion in the Washington, screaming that it means murder!

In 2008, there were 50 abortion providers in Washington, according to the Guttmacher Institute, a nonprofit that does sexual and reproductive health research, policy analysis and public education. And yet, more than half of Washington’s counties had none. So the women in these counties — 11 percent of women in the state — had to travel for an abortion. Not all of them could. When women are put in that position, it means late-term abortions, unsafe abortions, abandoned babies and, in the most desperate cases, women who outright kill their newborns, or themselves.

No, it almost always means that babies are born, who—like Steve Jobs (born to an unwed mother and given up for adoption before legalized abortion)—then have a shot at living a productive and satisfying life.

But here’s the bottom line: Absent extraordinary circumstances, no medical professional should be forced to take a human life.  (Here is an article I wrote about medical conscience and its proper parameters.)
0
Print
Email
Prev Article
Next Article