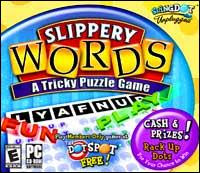 Ah, the word games Obamacarians do play.  Latest in a series of obfuscations; attempting to depict the penalty for not buying health insurance under the individual mandate as a “tax penalty.”

Obamacarians employ that term because they are trying to turn a civil penalty—in essence, a fine—into a tax.  Why?  If they succeed in rewriting the meaning of the pertinent text in the law, Obamacare becomes more likely to pass constitutional muster under the general taxing authority of the federal government. But if it is, as actually written, a penalty or a fine, it is much more likely to be found unconstitutional as an unprecedented and breathtaking expansion of federal power under the Commerce Clause.

The Patient Protection and Affordable Care Act created a monetary incentive for  all taxpayers to obtain health insurance. Beginning in 2014, people without insurance will pay more to the IRS  than people with insurance. Like the tax code as a whole, the rules for calculating the size of the penalty are incredibly complex...This tax penalty is known as  “the individual mandate.”

The bottom line: There really is no such thing as an individual health insurance mandate. No one gets carted off to jail if they fail to buy insurance. Instead, they pay a tax penalty just like the tax penalties we face for other commercial decisions we make each day. Under Obamacare, Americans are free to choose whether or not to buy insurance, just as they are free to choose whether to buy a house, or solar panels, or hybrid cars, or child care or cigarettes. Let’s stop suggesting otherwise, and start referring to the individual health insurance incentive.

To see why I am right, let’s go together to the Affordable Care Act, section 1501.  And there we find that individuals are legally required to buy health insurance. From the text of this awful law:

That’s an order, aka a “legal requirement,” or to use another term, a” mandate!”  The penalty is not an “incentive,” it is a civil sanction for not obeying the law.

If an applicable individual fails to meet the requirement of subsection (a) for 1 or more months during any calendar year beginning after 2013, then, except as provided in subsection (d), there is hereby imposed a penalty with respect to the individual in the amount determined under subsection(c)

The penalty is never referred to as a “tax penalty,” but merely a “penalty.”  And while it is collected by the IRS—it is assessed by the Secretary of Health and Human Services:

In general.—The penalty provided by this section shall be paid upon notice and demand by the Secretary, and except as provided in paragraph (2), shall be assessed and collected in the same manner as an assessable penalty under subchapter B of chapter 68.

Finally, have you ever heard of a case in which failing to pay a tax would be exempt from criminal sanctiion, or of properties being exempt from liens?

Lynch’s piece is opinion and political advocacy.  But, I have also noticed the media running with the term “tax penalty” in general reporting, which is a subtle form of bias, perfectly consistent with their usual practice of adopting the desired lexicon of the side they are rooting for.

Bottom line: It’s not an “incentive,” it is a mandate because we “shall” by law purchase insurance.  If we don’t a penalty—not a tax—is imposed by the Secretary of HHS.  Unlike unpaid taxes, it is not a crime to not pay the civil penalty, nor can the government put a lien on real property.  Plus, Obamacare supporters swore it wasn’t a tax when they were trying to pass it.  Too late to change it now.
0
Print
Email
Prev Article
Next Article