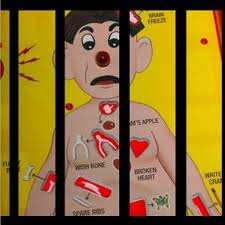 Art Caplan has a good article in the current American Journal of Bioethics about using prisoners as sources of organs.  He discusses both whether organ donation and execution should be joined, and whether prisoners should be offered early release in return for a kidney.  He says—and I wholeheartedly agree—no, nein, nyet, non, no way!

Caplan starts with coupling organ donation with executions. From “The Use of Prisoners as Sources of Organs–An Ethically Dubious Practice:”

Critics of the practice may see linking organ procurement to execution as increasing the image or social acceptability of capital punishment. The introduction of organ procurement into executions also raises concerns that prosecutors, judges, or juries may be more likely to insist on the death penalty, knowing that lives might be saved. Opponents of the use of executed prisoners are likely to be very concerned about the impact of legalization in the United States on other nations, since such a move may make it more difficult to condemn controversial international practices involving the execution of persons in order to obtain their organs

I had a similar take on the issue here at SHS. Caplan also notes the serious technical difficulties that constrain the proposal, and moreover, asserts that doctors should simply not participate in executing prisoners.  That also precludes taking a prisoner to the hospital and killing him or her there as part of the organ procurement process:

I have dubbed the notion of execution by means of the removal of the heart or other vital organs the “Mayan protocol” after the Mayan practice of human sacrifice by removing a beating heart during certain religious rituals. [Me: Ha!]  It is, however, morally repugnant to involve physicians as executioners or to shift the setting of punishment from prison to hospital. Involvement in causing death in any way is a direct violation of the “dead donor” rule, which has long been maintained as a bright line between death and donation in order to insure public trust and support for cadaver donation

Youza! But what about promising clemency for a kidney?

In addition to worries about compensation, the question of free choice clouds the issue of prisoner consent (WMA 2005). Many maintain that prisoners cannot consent freely, given the nature of the environment in which they live. The vulnerability of prisoners in terms of coercion and manipulation is explicitly acknowledged in their categorization as a special population for whom informed consent may be compromised in regulations governing prisoner participation in research (National Institutes of Health [NIH] 2011). The ability to comprehend the facts about donation and to make a voluntary choice must be carefully weighed on a case-by-case basis if voluntary consent is to remain a key component for obtaining organs from all living persons.

The waiting list for organs has some advocates pushing heavily for increasing the already too utilitarian mindset of contemporary bioethics.  But our great empathy for people waiting for the “gift of life” should not induce us to cross ethical and moral lines that loosen the “dead donor rule,” open up the prospect of killing for organs—as in advocacy for “redefining death” to allow the harvesting of cognitively devastated people. And since even the worst prisoners retain intrinsic human dignity, they too should not be looked upon as a mere natural resource ripe for the harvest.  Caplan has done a service by keeping his eye on this important ethical ball.
0
Print
Email
Prev Article
Next Article