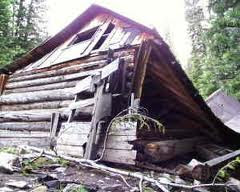 Imagine a private insurance company stating that it would, in the future, sharply limit payment for hospital stays regardless of need because it had money problems.  Political leaders would call CEOs to Washington demanding answers.  Regulators would threaten huge fines.  The lawsuits would hail down like a carpet bombing from a B-52.

But when government single payer plans make the announcement, not so much.  Yet, states are about to significantly restrict payment for hospital stays under Medicaid, and there won’t be anything significant that can be done about it.  From the USA Today story:

A growing number of states are sharply limiting hospital stays under Medicaid to as few as 10 days a year to control rising costs of the health insurance program for the poor and disabled. Advocates for the needy and hospital executives say the moves will restrict access to care, force hospitals to absorb more costs and lead to higher charges for privately insured patients. States defend the actions as a way to balance budgets hammered by the economic downturn and the end of billions of dollars in federal stimulus funds this summer that had helped prop up Medicaid, financed jointly by states and the federal government.

This illustrates the fatal flaw of single payer health financing.  It works when economies are robust.  But it also tends to break the bank.  As I have written repeatedly—taking no pleasure in it—once budgets get tight, single payer becomes untenable—resulting in coverage restrictions, rationing of treatment, and rejection by doctors of new patients to avoid going under financially themselves.
0
Print
Email
Prev Article
Next Article