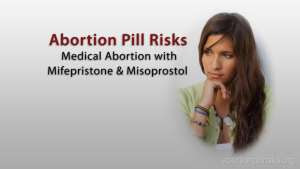 Back in 2003, Holly Paterson died, age 18, died from septic shock after taking the abortion pill known as RU 486.  Since then, her father Monty has researched the safety of what is sometimes called “medical abortion.”  From the SF Chronicle story (link behind paywall until 12/6 AM):

Since that afternoon more than eight years ago, Patterson, who lives in Livermore, has spent every waking hour fighting to learn exactly how his daughter died — and to prevent other women and girls from compromising their health, and their lives. He has become an expert in RU-486, the “medical abortion” (as opposed to surgical), which involves taking two drugs, mifepristone and misoprostol, to terminate an early pregnancy of up to 63 days.

In his research, Patterson uncovered other, previously unreported deaths linked to RU-486. He traveled to Washington to meet  with FDA officials and share his findings. He testified before Congress, amassed an archive of information on the drugs, and was instrumental in getting warnings put on the labeling of RU-486. Medical abortion, which terminates an established pregnancy, is different from the “morning after pill,” which operates like a highdosage contraceptive and is intended to prevent  pregnancy. Today, medical abortions account for about 27 percent of all abortions in the United States.

The story says there have been 14 known deaths from more than 1.5 million medical abortions, with more than 2000 serious problems reported, which may be an incomplete accounting since studies show that not all adverse effects from drugs make it into the statistics.

Ralph Nader calls people like Patterson “victim advocates,” and they often provide essential information to the public that would not otherwise be readily available.  Patterson appears to fit that pattern.  To protect other families from suffering as his has, he set up a WEB site, www.abortionpillrisks.com, to provide objective information about the risks of medical abortion.

It is also worth noting that Patterson stays out of the pro-choice vs. pro-life fight:

He has been careful, he said, not to be pulled into the abortion debate, despite being lobbied by antiabortion and prochoice groups. “I’m not pro-life or pro-choice,” he said. “I’m pro-Holly.”

“After this happened, I dropped everything,” Patterson said. “Here I was, this single, middleclass father trying to raise my kids and provide everything that I could for them. I had a lot of questions, and now I have a lot of answers. I want women to have the whole truth when making their choices.”

I noted with interest that many deaths and serious illnesses caused to women by RU 486 resulted from off label use.  Another reason why I believe that off label prescribing constitutes unethical human experimentation and should be severely curtailed.
0
Print
Email
Prev Article
Next Article