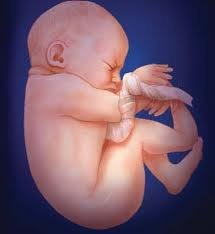 Two abortionist doctors have been charged with murder for the deaths of babies killed during late term abortions under Maryland’s viable fetus law. From the CBS Baltimore story:

Two out-of-state doctors who traveled to Maryland to perform late-term abortions have been arrested and charged with multiple counts of murder under the state’s viable fetus law, authorities said...The two doctors were indicted by a grand jury after a 16-month investigation, police said. The investigation began in August 2010 after a botched procedure at Brigham’s Elkton clinic. An 18-year-old woman who was 21 weeks pregnant had her uterus ruptured and her bowel injured, and rather than call 911, Brigham and Riley drove her to a nearby hospital, where both were uncooperative and Brigham refused to give his name, authorities said. A search of the clinic after the botched abortion revealed a freezer with 35 late-term fetuses inside, including one believed to have been aborted at 36 weeks...

The specifics of this case aside—remember, these are still only allegations—late term abortions that kill viable babies are rightly considered murder.  When pregnancy terminations must be done for therapeutic reasons after viability, the baby should be delivered, not killed.  I am glad Maryland is enforcing its late term abortion law.
0
Print
Email
Prev Article
Next Article