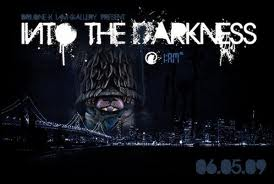 If assisted suicide advocates get their way, Canada will have suicide clinics in major cities the way it has Tim Horton coffee houses.  An amicus brief in the British (the fix is in) Columbia lawsuit to create a right to be made dead, looks to Switzerland as the model.  From the Globe and Mail story:

The Farewell Foundation, one of several groups intervening in the case in support of the applicants, argues that the Swiss system should be adopted in Canada. The application states there are multiple safeguards built into the system, including the requirement that a patient must be mentally competent, must undergo medical assessment, must have a hopeless medical prognosis, and must be suffering unbearably. Once a prescription for a lethal dose of sodium pentobarbital has been issued, the patient must “express a wish to end his or her life” on the day of the assisted suicide, and then the “ultimate act of taking the medication at issue must be performed by the individual.”

Let’s examine the Swiss “model,” shall we? Here’s the thing, Switzerland—which outlaws the flushing of a live goldfish down the toilet—has become a pro suicide culture.  In fact, it is pure Kevorkianism because people travel to suicide clinics established there (“suicide tourism”), not to be treated by a doctor or palliated in their suffering, but solely to get access to a poisonous overdose. Let’s take a look at a few details, shall we?

If Canada opens suicide clinics, it won’t be—nor do advocates want it to be—limited to the terminally ill.  The very force of human logic will lead directly to assisted suicide on demand and euthanasia if someone can’t do the deed themselves—just as it has—and is doing—in Switzerland.
0
Print
Email
Prev Article
Next Article