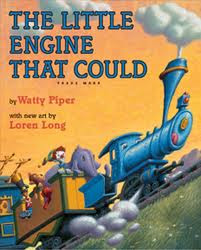 Oh good grief.  As I recounted in detail in Consumer’s Guide to a Brave New World, the human cloning/embryonic stem cell research company, Advanced Cell Technology, has been masterful at getting itself—and its chief scientist Robert Lanza—in the news.  Here, for example, is a quote about a hagiographic article published in US News and World Report.  From CGBNW, page 113 (citations deleted):

U.S. News and World Report: ACT scored a public relations coup when the December 3, 2001, U.S. News and World Report published a nine-page puff piece extolling the alleged creation by the company of the first human cloned embryo. ACT had secretly permitted reporter Joannie Fischer to look over the shoulders of its researchers as they attempted to begin human life through SCNT.  Perhaps having become too familiar with her subjects, Fisher wrote as an enthusiastic booster rather than an objective journalist, breathlessly asserting that ACT’s supposed achievement “will be hailed as the hugest medical breakthrough of the last half century.”

From her embedded observation post at ACT, Fisher all but canonized the men who, she claimed, had created the first human cloned embryo: Jose Cibelli, “the instigator,” who first foresaw “therapeutic cloning” as the future of medicine;” CEO Michael West, “the visionary,” who “seized on the concept [of therapeutic cloning] to allow patients to have access “to their very own cells” as regenerative medical treatments —which, as we have seen, was a scientifically inaccurate description. Finally, Robert Lanza, “the activist,” described by Fisher as “a living embodiment of the character played by Matt Daman in the movie Good Will Hunting.”  Cue the heroic music.

Except there was no cloned embryo. And that was just the first, and not nearly the most egregious, of such PR masking as journalism pieces about ACT.

Hilariously, it’s happened again in Nature. At least this story is journalistic—although as has happened oft before, there isn’t any actual news reported. From “Stem Cells: Never Say Die:”

Lanza and his company have had plenty of experience in the spotlight, but the attention has not always been flattering. Since the late 1990s, ACT has gained a reputation as a renegade company, accused of overhyping results to raise attention and money. Critics say that the company has damaged the field more than once with its high-profile, controversial announcements, such as one describing the company’s attempts to clone a human embryo in 2001. ACT’s actions — and the highly politicized nature of stem-cell research — scared off investors, leaving the company teetering on the verge of bankruptcy for most of the past decade.

But the scrappy biotech refused to die, in part because of Lanza’s doggedness. ACT is now performing early-phase clinical trials testing the safety of implanting retinal cells derived from human ES cells into the eye to treat certain types of blindness.

The story reports ACT’s long history of triumphs and travails—I’ll let you read that for yourselves—and then gets into the business at hand, showing the hope for a profitable future:

Now, the company’s future hinges on the outcome of the trials. Final results won’t be out until 2013, and they will show mainly whether the cell transplants are safe. The patients enrolled in the trial are in the late stages of vision loss, so the chances of dramatic improvement are remote, experts say.

Still, Rabin and Lanza are optimistic. If the treatment is safe and even moderately effective, they say they would consider partnering with a pharmaceutical company to help take the programme forward — although they are still working out their plan. Scott, with Stanford’s Program on Stem Cells and Society, says that positive results could fire up patient advocacy groups, which can be powerful in building support. And a good outcome could encourage investment in other stem-cell therapy companies, says Bonfiglio, who is now managing partner at Proteus Venture Partners in Palo Alto, California. But even if the trial results are positive, ACT will face enormous challenges in commercializing the technology. The company will have to show the FDA that its RPE cells can slow vision loss in bigger and more expensive clinical trials.

Ah, but have no fear:

Still, some who have tracked ACT’s trajectory say that the company might have what it takes to succeed. “What has kept ACT going is persistence, tenacity and vision,” says Ronald Green, ACT’s long-time ethics adviser and a professor of religion and ethics at Dartmouth College in Hanover, New Hampshire. Lanza says that at times he considered giving up and working on something less controversial. “If I wasn’t a stubborn Italian,” he says, “I would have thrown up my hands at least 25 times.”

Oh please.  So much of the controversy was self generated with PR aforethought.

Methinks ACT is on the prowl for investors. If so, we will likely see more published profiles about the company—and always Lanza—soon.  When the next one of these “the-little-biotech-that-could” stories arrives in my in-box—if history is any guide, within months, if not weeks—I’ll bring it to our collective attention.
0
Print
Email
Prev Article
Next Article