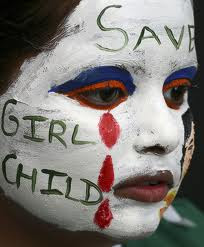 It is hard to find a more pro choice country than Canada, particularly among the country’s medical establishment.  But apparently sex selection abortions are becoming a “problem,” and so the Canada Medical Association Journal wants to outlaw telling a mother the sex of her gestating baby until after 30 weeks when abortion would be illegal.  From the CMAJ “editorial,“‘It’s a Girl!’ Could Be Death Sentence:” :

When Asians migrated to Western countries they brought welcome recipes for curries and dim sum. Sadly, a few of them also imported their preference for having sons and aborting daughters. Female feticide happens in India and China by the millions, but it also happens in North America in numbers large enough to distort the male to female ratio in some ethnic groups. Should female feticide in Canada be ignored because it is a small problem localized to minority ethnic groups? No. Small numbers cannot be ignored when the issue is about discrimination against women in its most extreme form. This evil devalues women. How can it be curbed? The solution is to postpone the disclosure of medically irrelevant information to women until after about 30 weeks of pregnancy.

Oh, so now abortion is “feticide” is it?  And here I thought the procedure was called, “right to choose.”

Let me see if I have this right: Committing feticide to better enable lifestyle choices or, say, because a boyfriend has left—fine and dandy.  Committing selective feticide to reduce triplets to two triplets and one dead sibling post IVF?  Splendid.  Eugenic feticide that terminates fetuses diagnosed with Down or some other genetic condition.  We should have more, not less.  But aborting because you want a boy instead of a girl, that cannot be tolerated! Never mind that 50% of fetuses killed in abortion are female.  They may be dead, but they weren’t targeted, so it’s okay.

Now, I agree wholly that sex selection feticide is bigoted and unacceptable.  But so too, by definition, is eugenic feticide—and I don’t see the JCMA editorialists calling to stop amnio tests, and not just because there could be medical benefit to the fetus from such discoveries. Why? Because the CMA approves of feticide for eugenic purposes. In fact, medical associations around the world want more genetic testing—-and earlier—precisely because many are on a search and destroy mission against people with Down, dwarfism, and other such conditions.

Bottom line: How can abortion rights advocates possibly make that case against any feticide when they approve the same life-taking procedure for all reasons—except one?  How is that “choice?” Hypocrites!
0
Print
Email
Prev Article
Next Article