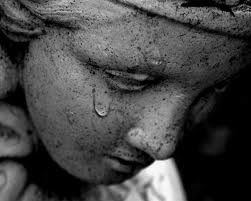 Disgust was widespread in the attacks against Rick Santorum and his wife for taking their dead baby home to allow the family to grieve his death together.  Washington Post liberal columnist Eugene Robinson gratuitously brought the issue up on the Rachel Maddow show:

“He’s not a little weird, he’s really weird,” Robinson said of Santorum. “And some of his positions that he has taken are just so weird that I think that some Republicans are off-put. Not everybody is not going to be down, for example, with the story of how he and his wife handled the stillborn child. It was a body that they took home to kind of sleep with it, introduce it to the rest of the family. It’s a very weird story.”

He wasn’t alone. Fox’s resident liberal, Alan Colmes, made a similar comment, as did some other less notables on the left.

The critics were wrong.  Experts, such as the American Pregnancy Association, recommend spending family time with a deceased baby. From its on-line essay, “Stillbirth: Surviving Emotionally:”

With the loss of your baby, your family members will also grieve. Your baby is someone’s granddaughter, brother, cousin, nephew or sister. It is important for your family members to spend time with the baby. This will help them come to terms with their loss. If you have other children, it is very important to be honest with them about what has happened by using simple and honest explanations. It is your decision whether you would like the children to see the baby.

But Wesley, they took the baby home?  So?  That isn’t usual, but not “weird.”  From an ABC story on the issue:

In the context of the times — the year was 1996 when the family buried Gabriel — their behavior was understandable, according to Dr. David Diamond, a psychologist and co-author of the 2005 book “Unsung Lullabies.”...As for Santorum’s own ritual so many years ago, Diamond said, “In this context, it isn’t a very big deal. It’s not far out of the norm at all…There is nothing pathological about it or particularly alarming. I suppose for people who believe life begins at conception, maybe it’s even more understandable.”

The goood news is that the criticisms were met with a barrage of pushback from the left side of the aisle, not just the right.  The Atlantic’s Jeffrey Goldberg came to the Santorums’ defense: From “Was Santorum ‘Weird’ For Bringing Home His Stillborn Baby?”:

There is much I don’t like about Rick Santorum’s ideas, but the story of how he and his wife dealt with the tragic death of their baby is not something that bothers me. Pete Wehner has an appropriately indignant post, quoted below, about the attacks on Santorum over this issue (and he summarizes the sad story as well), but it strikes me as indecent to criticize the loving, if discomfiting, behavior of people who have just suffered the worst possible tragedy known to humankind.

As a result of the widespread criticism, Robinson and Colmes were shamed into apologies.

Why attack how parents grieved in the first place? I think, it came out of a reflexive loathing certain liberals feel toward social conservatives. (I am reminded of the nasty attacks on Sarah Palin for giving birth to Trig, who has Down syndrome. Wonkette went so low as to ridicule the boy.)

But this time the attacks backfired, revealing far more about the critics than the Santorum family. And how nice that the unwarranted nastiness was pushed back into the cave where it belonged by people who completely disagree with Rick Santorum’s cultural and political views.
0
Print
Email
Prev Article
Next Article