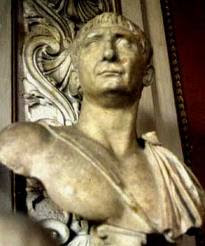 I have become increasingly convinced in recent years that the political Left isn’t concerned with liberty as much as power.  Obamacare is a classic case in point.  Mandate, after mandate, after mandate—and as I have said, using the regulatory power assumed by the Feds to reward friendly political constituencies.  The “Free Birth Control Rule,” which includes many other procedures and services, was a case in point.

But now, that rule has been finalized and Obamacare is being wielded as a spear to frontally assault the First Amendment’s guarantee of freedom of religion by precisely, explicitly, and intentionally, forcing religious organizations (mostly Catholic in this case) to violate their own beliefs.  That put me in mind of the events in the pre-Constantine Roman Empire. From my NRO piece, “Free Birth Control vs. Freedom of Religion:”

When Pliny the Younger was a provincial governor in the Roman Empire, he wrote a letter to Emperor Trajan asking whether he should execute Christians who refused to burn incense in worship of the emperor.  Pliny, in keeping with the customs of the empire, did not care about forcing Christians to believe that the emperor was a god. But in public they had to behave as if they did. Thus, the Christians were in the dock not so much because of their faith in a risen Christ as over their willful refusal to declare themselves part of the reigning social order

So what’s the connection? The distinction—then  and now—between “freedom of worship,” and “freedom of religion:”

I thought of Pliny when I read that the Obama administration, in creating specific rules to implement Obamacare, will require all employers (with a very narrow exemption discussed below) to offer their employees health insurance that provides FDA-approved contraception, female sterilization, and other “reproductive” services free of charge — even if the employer is a religious organization and doing so violates its doctrine. I also recalled the times that President Obama and other members of his administration have supported “freedom of worship.” However, as in Pliny’s time, “freedom of worship” is not the same thing as “freedom of religion.” The former means that one may believe whatever one wants and worship privately without interference, whereas the latter allows one freedom to live in the world at large consistent with one’s faith tenets, even if they are not endorsed by the state.

This is different than the conflicts over medical conscience cases that have arisen heretofore when general rules and laws conflict with individual beliefs:

Rather, the rule targets the right of religious organizations to conduct their public activities consistently with their religious dogma and moral values — except within the narrow confines of an actual church, synagogue, mosque, temple, or monastery...Lest there be any doubt of the limited nature of the exemption, the proposed rule states, “Specifically, the Departments seek to provide for a religious accommodation that respects the unique relationship between a house of worship and its employees in ministerial positions.” Thus, the group health insurance covering nuns in a Catholic religious order would probably not have to cover contraception. But insurance provided by the same order’s elementary school probably would. Ditto a hospital established by the nuns.

Not only does the rule impose “a legal duty on faith organizations to comply with the values of the state whenever they engage in public action or charitable enterprise among the general society,” but HHS Secretary Kathleen Sebelius plans to force houses of worship to engage in speech to which they would object!

From Sebelius’s official statement about the promulgation of the new rule:

Thus, the Obama administration is attacking even freedom of worship by forcing exempt organizations to tell their employees where and how they can violate church teaching.

Nor is this akin to a religious organization taking state money on condition of playing by the state’s rules.

So here we go again to the Supreme Court. And it was completely aviodable: Obamacarians could easily have exempted heterodox-believing religious organizations from the Free Birth Control rule.  But Obamacare is about more than health care. It is about the exercise of power—and now, the hegemony of secularism everywhere outside “houses of worship,” and as we have seen, even within them.  Thus, Obama does not seek to unite, but divide.
0
Print
Email
Prev Article
Next Article