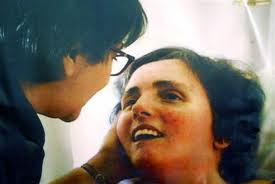 I am so weary of the media pretending that the federal “Terri’s Law,” was just a Republican bill.  In fact, it was one of the most bipartisan laws passed during the Bush presidency.

I bring this up because the issue was raised in tonight’s Republican debate in a question to Rick Santorum, who led the effort to save Terri’s life.  The Corner asked me to respond. Here is most of what I wrote there:

I think Rick Santorum missed an opportunity in his answer about the bill he sponsored that sought to protect Terri Schiavo from being dehydrated to death. Yes, he was fine in defending his motives for pushing the law, which, as he said, sought an independent federal hearing into the case — which a federal judge later refused to hold. But he could have erased a lot of revisionist history by noting that the bill received unanimous consent in the U.S. Senate, meaning not one Democrat objected. Not then-senator Hillary Clinton. Not then-senator Barack Obama. Not Senator Harry Reid. Thus, to claim, as the question clearly implied, that the law was Republican or conservative is just false history. It was only after polls taken in the wake of her death showed that a majority of Americans opposed “Terri’s Law” that Terri Schiavo suddenly become the exclusive property of conservatives and the Republican party. As I wrote on my blog at the time:

I don’t recall Howard Dean opposing the bill at the time. But if Dean and Democrats try to revise history and claim that the law was exclusively a Republican venture, then they will be branding themselves cynics and demagogues, who, when the heat was on, meekly went along. But later, when some polls showed that the move was unpopular, they claim federal intervention was an attempt to impose theocracy. Talk about political cowardice and cynicism.

I also think Gingrich made an excellent point when he noted we offer federal safeguards for condemned murderers — why not a helpless woman whose parents just want to care for her for the rest of her life?