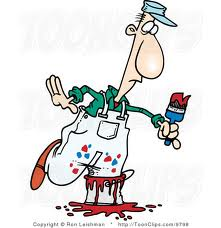 This is rather stunning.  The Hill is reporting that Rep. Jackie Spier is leading the charge for liberals to abandon the Susan G Komen For The Cure charity because it has stopped funding Planned Parenthood.  From “House Dem Abandon Susan G. Komen After Planned Parenthood Decision:”

Rep. Jackie Speier (D-Calif.) on Wednesday morning said she would no longer support the Susan G. Komen Foundation because of that organization’s decision to no longer provide funding to Planned Parenthood. “I have been a big booster of the Susan G. Komen organization,” Speier said on the House floor. “But not anymore.” On Monday, Speier tweeted “Komen’s decision hurts women - it puts politics before women’s health. @komenforthecure should be ashamed.”... Speier closed her remarks by asking women to call the Komen Foundation and tell it to stick to its work fighting cancer. “I ask you to call them, at 1-877-465-6636, and tell them that you want them to stick to what they know,” she said. “Let’s not make this a race to the political bottom.”

But isn’t Speier “hurting women” by leading the charge for others to withhold support for the nation’s most prominent breast cancer charity?

Meanwhile, the Baltimore Sun has editorialized that Komen has somehow struck a blow against abortion.  From “Komen’s Attack on Abortion Rights:”

But it also should be noted that Dallas-based Komen last year hired Karen C. Handel as senior vice president of public policy. Ms. Handel, who grew up in Upper Marlboro, served as Georgia secretary of state and ran for governor of that state as a staunchly pro-life candidate who opposed federal funding for Planned Parenthood.

Has Komen adopted an anti-abortion stance, too? Given the obvious political motivations behind the Stearns investigation [in Congress], it’s hard not to see the decision as announcing that. According to Planned Parenthood, Komen is the first private organization to withdraw funding on the grounds of the congressional investigation. One can only assume that this outcome, if it stands, will motivate Congress to pursue all sorts of investigations against all sorts of controversial organizations.

Wow.  The editorial speaks of breast health, but the core anger seems to be about abortion.

As I stated in my own post about this event, Komen shouldn’t have funded PP in the first place because—as a general charity—funding the country’s most prominent abortion provider enraged pro lifers who make up about 40% of the country.  But now, some supporters of abortion may harm the search for a cure by abandoning Komen.  Once Komen strayed into this most intense cultural battlefield, there was no way to keep everyone happy.

The Star Ledger gets that point, but is wrong about the timing. From “Komen Decision to Defund Planned Parenthood Politicizes Breast Cancer Prevention:”

The Komen foundation put its stamp on breast cancer research with its pink ribbon campaign and other events, raising funds and consciousness about the disease. It created a community of women and men with a single goal: to find a cure. Breast cancer strikes everyone, no matter your race, ethnicity or political affiliation. Now that sense of unity has evaporated.  People are taking sides. Many who once supported Komen say they’ll take their donations elsewhere and plan to drop out of other Komen activities. It’s hard to see who the winners are in this mess. As so often happens when their bodies become a political battleground, women ultimately lose.

No.  Breast cancer was politicized when Komen cut its first check to PP. Now, it is reaping what that original decision sowed.

This is a lesson I learned at Ralph Nader’s knee: If a charity or advocacy cause doesn’t have to enter a battlefield of the culture war, it should stay as far away from the fray as possible. It is foolhardy to cause needless offense when you are seeking broad financial or ideological support.  This is a classic case in point.

Update: Howard Dean wants a corporate boycott of Komen to drastically cut its funding until the organization once again funds PP.  Yea, that will really help women. Good grief.

Further Update: Komen kissed the abortion ring after all.  Here’s my reaction in which I call it a pyrrhic victory for PP.
0
Print
Email
Prev Article
Next Article