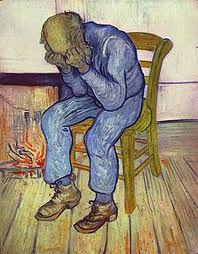 The latest report from the Netherlands on euthanasia practice includes a case study of a woman killed by her psychiatrist solely due to mental illness, specifically, depression.  From the Regional Committees Annual Report 2010:

More than four years before the patient died she was diagnosed with vital depression. Her medical history reveals recurring episodes of depression, which were difficult to treat, from 1980 onwards. Apart from a period of several months, she was in hospital from 2005 until she died. Since her depression failed to respond to the various treatments, a psychiatrist working at a teaching hospital was asked for a second opinion. He examined the patient himself, and on his advice she was given treatment based on anti-depressant medication, assistance in finding ways to keep her mind occupied during the day, assistance in keeping her as independent as possible and use of physiotherapy to improve her mobility. Lack of energy and initiative, and despondency made it very difficult for her to cooperate with the treatment. She found it distressing, and seemed constantly unable to cope. When it became clear that this treatment was as unsuccessful as the rest, the medication was phased out and all further treatment terminated (in consultation with the psychiatrist). It was decided to prevent or treat the patient’s physical symptoms as far as possible.

Following the logic of euthanasia, her mental suffering was considered grounds to be killed:

The independent physician’s report stated that the patient was in a wheelchair because she had difficulty in walking. Her appetite was poor, causing her to lose weight. She was sleeping badly. She was lucid, and the physician was able to communicate with her, and eventually to establish a degree of rapport. His first impression was that she was severely depressed. Her thinking was not abnormal, nor did she have serious cognitive problems. The physician was able to draw and keep her attention, and her observation was intact. Her mood was depressive, but not psychotic. She was emotionally unstable, crying all the time and constantly talking about how miserable she felt and how empty, hopeless and unbearable her life was. She had had enough of phasing in new medication and then phasing it out again. She no longer enjoyed anything, she had no energy or feelings left and she had not laughed for four years. She had considered suicide, but did not know how to go about it. She stated that she could no longer cope with reality, since she no longer felt part of it.

Once you accept killing as an acceptable answer to suffering, cases such as this become inevitable via the sheer force of human logic.

Had the Dutch been told in the 1970s when euthanasia began there under color of law—at first decriminalized and later legalized if guidelines are followed, which they often aren’t—that it would lead to killing people who are terribly depressed, I have little doubt they would have been appalled.  But the corrosive effect of euthanasia changes mindsets to the point that the killing of a depressed woman by her psychiatrist seems justified and normal.