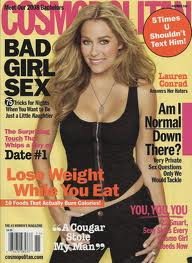 The cruel article I posted about the other day, in which a former Catholic Herald editor made an uncharitable attack on the fat and urged that they be put at the back of the health are line, put me in mind of my oft-stated retort: Fine, if you are going to punish one group for increasing healthcare costs, the let’s be consistent. Go after the promiscuous.

So, I wrote a piece to that effect for the Daily Caller. First the context. Obamacare—it doesn’t unite, it divides: From the piece:

By seizing control of health care benefits and coverage, the Obama  administration set primal forces into motion that will soon have us fighting  each other like a pack of hyenas battling over a small carcass. Indeed, by  creating a system in which we perceive that the money our neighbors spend on medical care reduces the resources available for our own, Obamacare has sown the seeds of cultural discord and cracked the foundations of societal comity.

I discuss what is happening at the UK and a couple of let’s punish the fat advocacy proposals. I then turn to the promiscuous:

Okay: If that’s the kind of society we want, if we really intend to unleash the lifestyle police, then let’s also target the promiscuous. After all,  under the LA Times’ logic, those who hook up for one-night stands, have multiple “friends with benefits,” attend public sex clubs, commit serial adultery, have  scores of sexual partners, etc., certainly are making “choices that affect  others” by potentially increasing health care costs. Indeed, one could say that  their “personal decisions are no longer strictly private” — even though they are among the most intimate one can make. After all, living promiscuously increases the likelihood of contracting a sexually transmitted disease, experiencing or causing an unintended pregnancy, suffering depression and other mental health problems, and so on. In fact, when you think about it, promiscuity leads  directly to deadly and very expensive diseases such as AIDS — and in a much  faster timeframe than either smoking or overeating!

We shouldn’t do any of that, of course. And we almost certainly wouldn’t. In  a politically Darwinian society, only the metaphorical runts of the litter — e.g., the culturally incorrect like the fat and smokers — are subjected to moralistic judgments and policy punishments. In contrast, people who are openly promiscuous are among our most famous and popular cultural icons.

Then again, once the forces of lifestyle authoritarianism are unleashed, that  could change. The same impetus that made the Marlborough Man verboten today can turn on Madonna tomorrow.

Hopefully, if yesterday’s Supreme Court hearing went as bad as the pundits think, the whole problem will be mooted. Until and unless, to repeat myself, Obamacare doesn’t unite, it divides.
0
Print
Email
Prev Article
Next Article