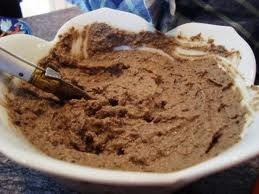 Disgusting: That certain meme asserting that fetuses must be deemed by the law as so much chopped liver—to be treated well, badly, or killed—as the autonomous woman desires. Never mind that the developing baby is a unique individual, or that he or she has a father who might want the child, or that he or she will suffer the perhaps lifetime physical consequences of abuse or neglect while in utero, either fetuses are chopped liver or women aren’t free!

Latest example: The New York Times Magazine has an article essentially decrying laws that punish women who use drugs and etc. to the detriment of their soon-to-be-born children. Much of it deals with mothers who have been convicted of harming their children while pregnant from drug abuse.  And there are quotes from fetal personhood advocates.  But the gist of the story, as I read it, is that such laws undermine women’s liberty.  From, “The Criminilization of Bad Mothers:”

But the expansion of fetal-homicide and chemical-endangerment laws have some people on the other side of the debate reaching for their copies of “The Handmaid’s Tale,” Margaret Atwood’s dystopian novel in which women are enslaved as childbearers. “We’re heading toward this Margaret Atwood-like society,” Ketteringham says. “The idea that the state needs to threaten and punish women so that they do the right thing during pregnancy is appalling. Everyone talks about the personhood of the fetus, but what’s really at stake is the personhood of women. It starts with the use of an illegal drug, but what happens as a consequence of that precedent is that everything a woman does while she’s pregnant becomes subject to state regulation.

I don’t see why child welfare-type laws should not apply to gestating fetuses—who are, after all, future born children—even if abortion is allowed.  What is wrong with  laws that deter or punish reckless activities that lead to serious health problems in the children once they are born.  Why should it matter when the harm occurs when human life is an uninterupted continuum: The embryo today, is the fetus tomorrow, is the baby next year, is the old person in eighty years.  They are the same individual from the moment life begins until they die.

And get this quote from a fetuses-are-chopped-liver extremist:

[Lynn] Paltrow of the National Advocates for Pregnant Women says. “We can feel a certain way. We can value the unborn as a matter of religion, ethics or experience, but we can’t do that as a matter of law and still value pregnant women.”

Baloney.  Even Roe v. Wade ruled that a state has an interest in protecting the wellbeing of gestating children, the constitutional abortion license notwithstanding.  And how ironic, that an advocate for pregnant women so utterly devalues that particular circumstance which uniquely distinguishes that category of woman from all others.

Yes, laws that criminalize behavior that endangers the gestating gestating babies can go too far, like anything.  But the principle is sound.
0
Print
Email
Prev Article
Next Article