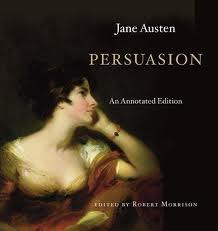 The MSM is deeply invested in cutting medical costs by reducing the levels of expensive medical treatments provided to the elderly and very ill unlikely to improve or be cured.  Persuasion is one aspect of this game.  (The other is promoting coercion, as in rationing.) That is why we see so many articles and columns that essentially urge people to sign advance directives choosing death if incompetent.

The latest example was in last Saturday’s New York Times op/ed page. From “Taking Responsibility for Death,” by Susan Jacoby:

I WAS standing by my 89-year-old mother’s hospital bed when she asked a doctor, “Is there anything you can do here to give me back the life I had last year, when I wasn’t in pain every minute?” The young medical resident, stunned by the directness of the question, blurted out, “Honestly, ma’am, no.” And so Irma Broderick Jacoby went home and lived another year, during which she never again entered a hospital or subjected herself to an invasive, expensive medical procedure. The pain of multiple degenerative diseases was eased by prescription drugs, and she died last November after two weeks in a hospice, on terms determined by explicit legal instructions and discussions with her children — no respirators, no artificial feeding, no attempts to buy one more day for a body that would not let her turn over in bed or swallow without agony.

The hospice room and pain-relieving palliative care cost only about $400 a day, while the average hospital stay costs Medicare over $6,000 a day. Although Mom’s main concern was her comfort and dignity, she also took satisfaction in not running up Medicare payments for unwanted treatments and not leaving private medical bills for her children to pay.

I am for advance directives. I have one.  But these are crucial decisions and the choice of treatment is as legitimate as the decision to forgo.  Yet, we can certainly see the direction toward which these articles always try and push us. The life choice is usually presented as undignified, painful, and selfish. The death choice is dignified, loving, thoughtful, and leads to a “good death.”

Many times the choice of continuing to fight for life isn’t even be mentioned. But it almost always receives short shrift. It is in this article, it receives exactly two sentences:

Of course many people want more aggressive treatment than my mother. And advance directives aren’t “death panels”; they can also be used to ensure the deployment of every tool of modern medicine. They can be changed or withdrawn at any time by a mentally competent person.

Jacoby, probably naively, thinks that advance directives will necessarily be honored if the choice is life.  She should read Secondhand Smoke!  As I have repeatedly pointed out, choice isn’t the issues, death is. Futile Care Theory specifically allows hospitals, doctors, and bioethicist to veto advance directives and cut off life-sustaining treatment even if that is what the patient clearly wants. It is the law of Texas, for example. And Obamacare will make it worse if it remains the law for long.

After quoting what should be irrelevant polling that many people would not wish to be sustained—note the premise of pain that can’t be controlled—Jacoby again pushes the “choose to die” meme:

The worst imaginable horror for my mother was that she might be kept alive by expensive and painful procedures when she no longer had a functioning brain. She was equally horrified by the idea of family fights around her deathbed. “I don’t want one of you throwing a coffeepot at the other,” she told us in a half-joking, half-serious fashion.

There is a clear contradiction between the value that American society places on personal choice and Americans’ reluctance to make their own decisions, insofar as possible, about the care they will receive as death nears...As someone over 65, I do not consider it my duty to die for the convenience of society. I do consider it my duty, to myself and younger generations, to follow the example my mother set by doing everything in my power to ensure that I will never be the object of medical intervention that cannot restore my life but can only prolong a costly living death.

We can talk about who does the politicization. I say it is those who claim the right to refuse wanted life-sustaining treatment based on money and their quality of life judgmentalism.
0
Print
Email
Prev Article
Next Article