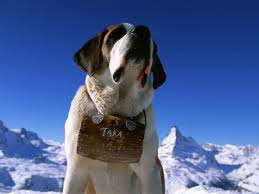 The Swiss are preparing the ground to ration health care. They don’t have enough doctors and many people can’t afford their share of the cost of treatments.  Then, a judge limited the money that could be spent on a patient’s care!  From the Swissinfo.ch story:

Doctors must also often decide if a patient can benefit from a treatment and if it is worth the cost, but they lack clear guidelines. An unsatisfactory situation, according to Daniel Scheidegger, chief anaesthetist at Basel University hospital. “For me it is a societal and political problem,” he told Swiss public radio. “I don’t think that these decisions should lie in the hands of a few doctors. We as a society must discuss this.”

Politicians are wary so far of walking into a potential minefield and as recently as 2010 the government stated it was opposed to the idea. However, a Federal Court decision earlier that year that a treatment costing up to SFr600,000 ($654,000) per year was excessive, and setting a limit of SFr100,000, brought rationing to the forefront. That decision has been criticised as arbitrary, setting a maximum cost on a person’s suffering. But it has also forced healthcare specialists to consider how best to evaluate the benefits of treatments.

And what looks to be the coming answer? Quality of Life Adjusted Life Years (QALY), the invidiously discriminatory form of withholding treatment based on subjective quality of life judgmentalism:

A first step has been made with two separate studies recently presented in Bern by the Swiss Academies of Arts and Sciences (SAAS) and the Swiss association of pharmaceutical firms (VIPS), looking at potential criteria for evaluating those benefits. The first, carried out by researchers at the universities of Basel and Zurich, looked at so-called QALYs, or quality-adjusted life-years, and their use in other medical systems...At its simplest, a QALY assumes that one year of life in perfect health has a value of one. Any health problems push that value below one. It could also mean for example that a treatment might be rejected even if increases life expectancy considerably because the quality of life is considered low. Among its advantages are patient input and the fact that it incorporates “social” values.

In other words, popular prejudices become incorporated into healthcare policy.

So, let’s take a gander at the general lay of the Swiss ethical landscape: