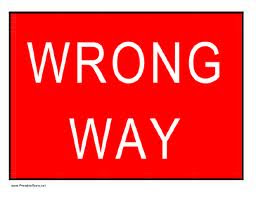 The New England Journal of Medicine is a major player, perhaps the major player, among the Medical Intelligentsia. Its editors really, really want health care rationing.  After all, a rationing regimen gives the posse with which they ride a lot of power since technocratic regimes need “experts” to impose societal decisions.  It promotes an ideology that seeks equality of outcomes.  It moves us toward a bureaucratic state.  From “Beyond the R-Word: Medicine’s New Frugality:”

The ACA itself offers a channel for backlash. The IPAB’s power to promote thrift through Medicare payment reform is constrained by a prohibition on issuing “any recommendation to ration health care.” Stakeholders intent on resisting the new frugality could sue under this provision; thus, in both law and politics, the R word threatens long-term cost containment.

There’s talk of a “grand bargain” on the federal deficit, but any deal that doesn’t reckon with medical costs would be chimerical. Medicare and Medicaid are the main drivers behind nightmarish long-term deficit projections, and U.S. health spending is on track to reach more than one fourth of the GDP by 2035. Democrats and Republicans must come together to tell Americans that we can’t afford all the things that medicine can achieve — and that we must make painful choices between health care and other needs. Unless we can do so, without wielding the R word against leaders who speak frankly about these choices, serious cost control will not be sustainable.

Alright, let’s speak frankly.  Yes, we face a new frugality.  But part of this is caused by Obamacare central planners’ intention to cover too much, i.e., the unessentials at the expense of the essentials.

Case in point: When Obama imposed the “Free Birth Control Rule”—which goes far beyond contraception, but also included FREE sterilization surgeries, help with nursing, and non medical services like domestic violence screening—they showed their hand. Rather than ensuring coverage for catastrophic and urgent care conditions, our medical overseers want to lard on the goodies to garner political support from targeted political constituencies, and make it so nobody has to pay for much of their own non-urgent or preventive care.

That is the model.  Don’t be surprised if future regulations require coverage of “equality” issue-based medicine such as sex change operations—which San Francisco’s employee health insurance now covers—IVF services, and the like.  That breaks the bank and they intend to pay for it by denying people with the most serious and expensive conditions access to efficacious care.

But people don’t want elites and “experts” deciding that Grammy has a duty to die, based on a quality of life regime such as the QALY—already advocated for the USA by the NEJM—because she costs too much—as the elites push free medical services in the cause of social justice politics. No to invidious medical discrimination.
0
Print
Email
Prev Article
Next Article