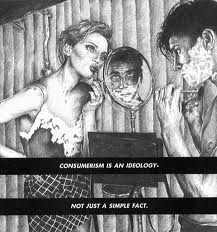 Science writer Ronald Bailey took to the pages of Reason last month to extol egg freezing as a splendid technology to promote female equality. Here’s the meme: Since men can father children even into old age, it is “discriminatory” (bad Darwin!) that women’s biological clocks stop ticking. Thus, by extracting eggs and freezing them—he doesn’t mention it can be dangerous—women are able to pursue their careers into their fifties or sixties before having a baby. Just like a man! Wow.

(As an aside, I say men are the ones discriminated against in reproduction these days.  They can sire a child any time they have intercourse, but have no say whatsoever in whether their conceived offspring is ever born.)

But back to the point. Bailey compares egg freezing to contraception. From, “The Ethics of Egg Freezing:”

However, women who decide to have their eggs frozen are not infertile. They are making an “elective” or “social” choice to take advantage of egg freezing. Does this make any ethical difference? No, argues Harwood. She points out that contraception and non-therapeutic abortion are both “elective” and do not treat an illness. “The analogy to a contraceptive pill is apt because both egg freezing and the pill can effectuate delayed reproduction,”writes Harwood. “Because egg freezing may be reasonably interpreted as another form of family planning, it can be considered a legitimate exercise in reproductive autonomy.”

That raises several points. First, egg freezing—with rare exceptions—isn’t medical.  It isn’t to treat a pathology or prevent an illness. It is a technocratic intervention to facilitate lifestyle preferences. Terminology gets tricky here. For now, let’s call it a “consumerist” service undertaken via medical technological means. (So do boundaries.  But more on that another time.)

Second, egg freezing is an example of the ongoing consumerist imperialism, by which I mean, that an increasing amount of resources, energies, talents, etc. are being diverted away from the ”medical” into the consumerist. It would be interesting to conduct a study that tried to determine how much of our total medical domestic product (if you will) is consumerist and how much medical.

Third, the day will come, I predict, when ideologues will demand that egg freezing be a free service, whether paid for by government or health insurance. We already see many consumerist expenses paid for as if they were medical, e.g., the Free Birth Control rule that requires insurance pay for sterilization surgery gratis even when not done for a medical reason. Ditto most Viagra prescriptions. In Buffalo, teachers have cosmetic procedures—unquestionably consumerist—paid for by health insurance as part of their benefit package that is paid for by taxpayers. The same should apply to elective abortions.  They are consumerist, not medical.

Finally, promoting “equality” is not the role of “medicine.” If society is going to ensure that everyone have reasonable access to health care, then most collective resources (however distributed) should be restricted to truly medical services. I’ll be thinking and writing more about this as we go forward.
0
Print
Email
Prev Article
Next Article