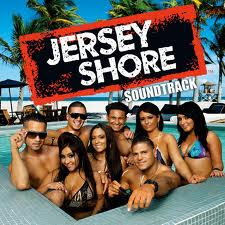 I think there is more to this story than an eye roll. Delusional or paranoid people used to insist they were Napoleon or Jesus Christ, or perhaps that the CIA or space aliens had implanted electrodes in their fillings to track their every move. Now, apparently, these mental illnesses are playing out in a new form; the ill insisting that they are the star of a reality TV show.  From the Daily Mail story:

Reality TV shows are making increasing numbers of people convinced that they’re the stars of their own, unwanted television programs. Psychiatrists are treating more people for so-called ‘Truman Show’ delusions — named after the 1998 movie starring Jim Carrey as a man who spends his entire life unwittingly at the center of a fictional world that’s being broadcast to millions of homes. The startling cases often afflict successful people who develop paranoid fantasies that they’re being filmed at all times and that the world that’s in front of them isn’t real.

Their friends and loves ones are actors. The news they see on TV is made up to control the way they think. The things that happen to them are merely events staged for the amusement of others. The result can turn disturbing and even violent.

Mental illness manifestations reflect the state of our culture.  I detect a metaphor.
0
Print
Email
Prev Article
Next Article