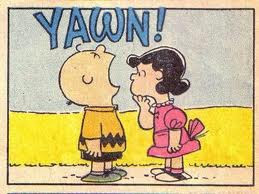 I have been fighting euthanasia since 1993. During that time, I have been startled at what resonates emotionally with people about doctor-prescribed/administered death, and those matters which are generally shrugged off as of little concern.  If a sick person wants to die, that resonates.  Look at the Kevorkian debacle. If a sick person is pushed into wanting to die, as in the Myrna Lebov case, that doesn’t.  The former seems vivid, and for some reason, the latter abstract. It is very odd. Perhaps it is emotional avoidance.

Consider that observation in the context of analyzing a disappointing Canadian Medical Association Journal editorial that points out very real and under-discussed problems with euthanasia, but fails to take a firm stand. From, “Choosing When and How to Die: Are We Ready to Perform Therapeutic Homicide?”:

Proponents of “dying with medical assistance” must argue that a patient’s rights [to euthanasia] invoke a corresponding medical duty to provide the means if a patient cannot, and it follows that this should be done in a safe and expert way. Hence, the act of assisting death would need to move from the context of being criminal to being part of the continuum of end-of-life care.

Many physicians and patients will find this a shocking prospect to consider. If their views are to prevail, they will need to argue why there should be limits to a person’s autonomy. Human dignity may imply certain rights and freedoms, but conflicts among people’s rights are hard to resolve. Frail, dependent patients often feel a burden to their families or caregivers, and the unspoken possibility of a quick resolution to their predicament may complicate an already stressful situation. Removing the legal barrier to ending another’s life may ensure the self - dignity of those who wish to die, but may distress and remove the self -dignity of more people who wish to live.

That is absolutely true. I have seen it in my hospice work. In this context, guidelines are meaningless. But for some reason, people don’t care. Death attracts some with the force of gravity, and those who would be abused and pushed into hastened death, well, they have to look out for themselves: “I want what I want and I don’t care who else gets hurt.“ It is nothing less than social abandonment.

The “terminally ill for whom nothing else can be done” meme is also false:

Proponents of euthanasia cannot assume that the practice will be restricted to extreme cases of untreatable suffering; they should be prepared to accept the implications of unrestricted choice, or a patient’s “right to die.” For example, in Belgium, where euthanasia has been legal since 2002, half of all nonsudden deaths are the result of some decision to hasten the end of life; 4% of these deaths are defined as euthanasia, and 11% involve continuous deep sedation or rendering the person unconscious until he or she dies.

That’s the least of it, as I have repeatedly reported.  But advocates don’t care. Indeed, if you read international euthanasia literature, wide open euthanasia is precisely the goal.  The “last resort” trope is just a tactic to get a wary public to go along.

In spite of clear concerns they express about euthanasia, the editorialists can’t bring themselves to unequivocally stand athwart the death agenda:

The ethics of euthanasia are a familiar debate in Canada; one that may have been theoretical until recently, because of the tacit assumption that doctors do not kill people. In Quebec, the debate is moving from theory toward practice. Which way will legislation go? Will the rest of Canada follow? Those who care about the answers to these questions must speak up now, and with conviction.

This editorial is symptomatic of the moral paralysis afflicting medicine today. Too many doctors and professional associations are abdicating their responsibility to lead.

Euthanasia activists appear to be succeeding in persuading medical professionals to take the non-stance of “studied neutrality,” even as they tout the tiny minority of medical organizations that favor euthanasia. But how can a doctor be neutral about patients being killed by doctors?   Studied neutrality is just another way of abandoning the very vulnerable and defenseless patients about whom the editorialists rightly worry.
0
Print
Email
Prev Article
Next Article