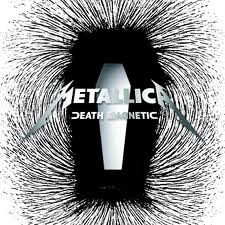 The assisted suicide movement is so full of pretense. It is “only” about terminal illness when nothing else can be done to end suffering, they coo.  Baloney.  Well, it is only for the “hopelessly ill.”  Baloney.  Once one accept the ideology of euthanasia, the only question is how long it takes to get to the death-on-demand terminus.

The most candid assisted suicide advocate in this regard is Philip Nitschke, who pushes the “peaceful pill” for “self deliverance.”  He is one of the international euthanasia movement’s rock stars, and despite his supposedly “fringe” views, is always invited to the big international euthanasia conferences, and indeed, travels the world literally pitching his poison.

Latest example, he spoke at the International Society of Right to Die Societies bi-annual convention, and brought up an old interview he gave to Kathryn Lopez of NRO, with which I pounded the you-know-what-out-of-him in my anti Nitschke tour of Australia in 2001. (To very good result.) At the time, he denied what I said about him, for example, to the Sydney Morning Herald, as I recall.  He was lying.  Now, he is confident enough to reaffirm that old interview.  From his speech:

In a 2001 interview with National Review I outlined this change in my thinking when I answered the question put to me by infamous pro-life journalist Kathryn Lopez:  “Do you see any restrictions that should be placed on euthanasia generally?”

It’s my position is that if we believe that there is a right to life, then we must accept that people have a right to dispose of that life whenever they want. (In the same way as the right to freedom of religion has implicit the right to be an atheist, and the right to freedom of speech involves the right to remain silent). I do not believe that telling people they have a right to life while denying them the means, manner, or information necessary for them to give this life away has any ethical consistency. So all people qualify, not just those with the training, knowledge or resources to find out how to “give away” their life. And someone needs to provide this knowledge, training, or recourse necessary to anyone who wants it.

Just as the Deliverance Machine had done years earlier, these comments upset many in the Right to Die movement. Those who believed that the only way forward was through legislative change argued that that we should only provide help for those who are medically assessed as terminally ill or suffering from an untreatable illness. To do otherwise would be to give support to our opponents’ argument of the inevitable ‘slippery slope’ and this would make it that much harder for the Right to Die movement to achieve the desired legislative goal.

Well, not totally candid.  He also said that “troubled teens” should qualify for that ethos, and indeed, that the peaceful pill should be available in supermarkets, as I have described.

And still, he is a rock star. Once again, Nitschke isn’t fringe. If he were, he wouldn’t be so ubiquitous.  Other than obfuscating tactics, if we accept assisted suicide, we are accepting Nitschke death values.
0
Print
Email
Prev Article
Next Article