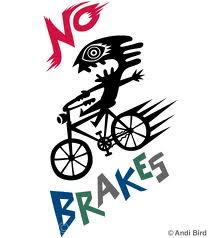 Once a society accepts the fundamental premises of assisted suicide—e.g., radical individualism and killing as an acceptable answer to suffering—there really are no brakes.  Switzerland more than aptly demonstrates the thesis.  Assisted suicide is up there 60% in the last five years, but the government wants no brakes applied.  From the Swiss Info story:

The two main Swiss assisted suicide organisations – Exit and Dignitas – made it possible for 560 people to end their lives in 2011. This equates to one in three of all suicides in Switzerland.

Think about that.  Of course American assisted suicide advocates say that assisted suicide isn’t suicide, so according to this theory, the Swiss are vastly over counting their number.  Indeed, assisted suicides in Oregon and Washington aren’t counted as suicides in the vital statistics. In Washington, doctors have to lie and state on the death certificate that the cause of death was the underlying disease.  The movement corrupts everything it touches, including something as basic as compiling government statistical data.

But back to the story: One Swiss prosecutor told an international euthanasia promoting society that he wants to slow down the suicide train just a little:

Zurich’s prosecutor Andreas Brunner, who has a track record of pursuing legal action in cases of assisted suicide on his turf, pointed to the trend in recent years of increasing the target group for assisted suicide. “At first the argument was that it [assisted suicide] was intended for the terminally ill, then it was broadened to include the very ill facing extreme suffering,” he said. “Then the idea was that it should be open to the elderly who were suffering the effects of old age or a combination of illnesses, and finally it’s open to healthy people,” Brunner added.

[Justice Minister] Sommaruga dealt with this question in her speech. “The government studied all these proposals and came to the conclusion in June 2011 that the current law was sufficient to prevent abuse.” The minister said it was evident that any conditions imposed on assisted suicide very quickly lead to a massive limitation of the right to self-determination. “That is something the government does not want.”

Like I said. If preventing assisted suicide is a “massive limitation of the right to self determination,” everyone should have access to it whenever they decide they want to die.  Death on demand, baby!