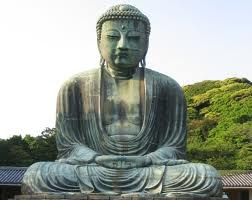 Two thoughts: First, Buddhism tends to be the favorite religion of liberalism.  No God. No sin. No judgmentalism.  Plenty of consequences—karma and all, but I think that gets forgotten.  Second, I am not a scientist, but it seems to me that these days, scientific hypotheses often are derived out of ideological presumptions.  That, in turn, can skew outcomes.

I thought about that today as I read a front page story in the SF. Chronicle. Scientists are studying Buddhists in meditation to see if “compassion” and “altruism” show up on brain scans. (I don’t know if the scientists in question are liberal, but that is a typical liberal assumption about Buddhism.) From the story:

The “monk study” at Stanford is part of an emerging field of meditation science that has taken off in the last decade with advancements in brain image technology, and popular interest. “There are many neuroscientists out there looking at mindfulness, but not a lot who are studying compassion,” Knutson said. “The Buddhist view of the world can provide some potentially interesting information about the subcortical reward circuits involved in motivation.”

By looking at expert meditators, neuroscientists hope to get a better picture of what compassion looks like in the brain. Does a monk’s brain behave differently than another person’s brain when the two are both extending compassion? Is selflessness innate, or can it be learned?

But I think that completely misconstrues both the point of Buddhism and the meaning of compassion.

The root meaning of compassion is to “suffer with.” Compassion then, is very reactive. Properly understood, people who act out of compassion take another’s pain literally onto themselves, and experience it within their own beings to thereby ease the load of the suffering person.  Mother Theresa is the classic example.

Buddhism, in contrast, seeks to escape all suffering by detaching from it.  The point is to be non reactive, about learning how not to suffer. This world is an illusion, Buddhists believe, and the way to illumination is to escape the dualities of good and bad, pleasure and pain, love and hate, etc., in order to become one with all being. Good and bad are only illusions. Detachment, in other words, is not a synonym for compassion, but I would argue, its antonym.  In this sense, Mother Theresa was compassionate and Buddha was not.

Thus, a meditating Buddhist nun actually seeks to learn how to escape compassion (as well as other reactive mindsets, such as selfishness). When she “extends compassion” out to all life, she is not feeling their pain, but rather, trying to assume a oneness that frees her from all judgment. Not the same thing at all.

Thus, if this story is accurate, I think, that the scientists have misidentified that which they claim to be studying.  Buddhists are not in it for the “good feeling chemical hit” that may come from acting altruistically. Quite to the contrary, they seek to escape the slavery of both pleasure and pain.
0
Print
Email
Prev Article
Next Article