Last month, I  wrote about a controversy surrounding the White House’s  inclusion of a yoga garden  in its annual Easter Egg Roll. The problem is this: yoga is a Hindu spiritual practice. Arguably, therefore, state-sponsored yoga is a religious endorsement that violates the Establishment Clause under existing Supreme Court case law. 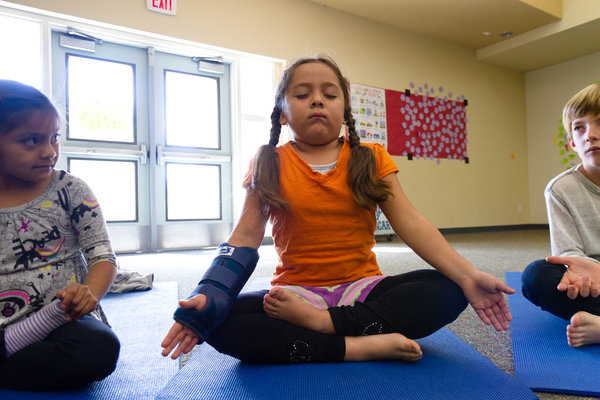 It turns out that very issue is  being litigated this week  in a California  court. The Encinitas Union School District has introduced yoga as part of the phys ed program in elementary schools. Some parents object that the program highlights yoga’s spiritual elements and amounts to religious indoctrination. The school argues that it has eliminated religious references and that what remains is nothing more than an enriched gym class. An Indiana University religious studies professor who testified at trial demurs. She says that that it would be odd, from a Hindu perspective, to separate yoga’s physical and spiritual elements.

Under Supreme Court precedent, government can separate “cultural” from “religious” messages and promote the former. That’s why official Christmas displays with reindeer and elves survive constitutional scrutiny, but not solo nativity scenes. The logic is that the secular decorations swamp the religious message and ensure that passersby don’t think the government is endorsing Christianity, as opposed to Christianity’s cultural accretions.

This logic has saved some Christmas displays, but offended some Christians. To them, the Supreme Court’s reasoning suggests an unfortunate hostility to their religion: Christmas is acceptable in the public square only if its spiritual associations are diluted. To be sure, the Supreme Court has said only that  official  displays must avoid religious associations, but people rarely compartmentalize things so logically. Culture often follows law.

So here’s a question: if official yoga programs are allowed on the theory that they have been scrubbed of religious associations, will pious Hindus object? Will people start demanding to keep the y oga   in yoga?