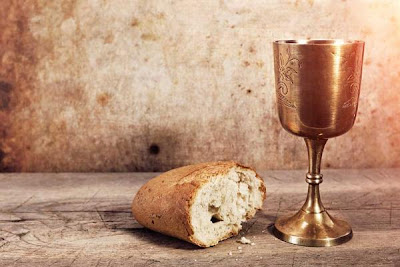 ABP (Associated Baptist Press) published a web story here about some Baptists advocating for a return to wine (instead of grape juice) when celebrating the Lord’s Supper. The article quotes Pastor Troy Dixon noting that he abstains from alcohol to keep from scandalizing other Baptists. “We are still under the grip of that fundamentalist mindset where any alcohol is taboo, forbidden, of the devil.”


This brought to mind my daughter’s comment of a few months ago at a small dinner we hosted. We were chatting with our guests about some wines we liked. At one point Megan said, “I don’t like alcohol. I only drink because I’m a Christian.”

I had to laugh, given the common perception of Christians and alcohol.

The thing is, my daughter hates the taste of alcohol. It’s too bitter for her taste. She also hates soda; doesn’t like the carbonation. I still recall her first sip of soda as a small child. She wrinkled up her nose and never wanted another taste.

Of course, there was no reason for her to drink soda if she didn’t want to. But as for alcohol, well, we’re Evangelicals. By that I mean we’re Missouri Synod Lutheran Christians.

Now, for most of the world, LCMS Christians are fundamentalists, meaning we actually believe all that supernatural stuff about the Cross, resurrection and etc.  Most Fundamentalists don’t consider us Fundamentalists because we baptize babies, are confessionally amillennial, and we drink - in the worship service. That doesn’t bother us much; we’re self-actualized enough not really to worry who else labels us as in or out according to their own criteria. But for most folks looking at Christians from the outside, they think that LCMSers are fundies.

As LCMS Christians, the Lord’s Supper is a big thing for us. We celebrate it at every divine service. We  really believe that God really forgives us as we really receive the body and blood of Jesus in the Supper. So that’s big. And so we don’t mess around with the Supper.

So my daughter hates the taste of alcohol and never drinks it. Except in Church. In worship. She drinks because  she’s a strong, faithful Christian. I thought of this as I read the ABP story and thought, ”Wow. Baptist we ain’t.”

This reminds me of another story. While in grad school I met a guy, Gary, from my hometown who was attending a nearby college. We became fast friends, driving back and forth between the East Coast and Nebraska. (One trip we devoted the 24 hour drive back to Nebraska to discussing predestination. It was a great time, and a pretty intense 24-hour period.) Gary was raised in the Nazarene Church. It is basically a fundie Wesleyan church. Traditionally—no alcohol. Definitely.

Anyway, we were both back in Lincoln soon after we met, and we were talking about something in the Bible. So he came over to my sister’s house (where I was staying during the school break) with his Bible. I grabbed a couple of beers—and one for Gary as well (just kidding!)—we sat down at the kitchen table, and I began to flip through my Bible to find the first passage we were talking about. I gradually came to notice that Gary had not moved since I sat down, and had been completely silent. This was unusual for Gary. I looked up at him, and his eyes were as big as saucers. Each of us had our Bibles opened, with a bottle of beer sitting within easy reach just beyond the opened page. All he said was, “If my elders saw me now . . . ”

Now, of course, I didn’t intend to cause a scandal. (Although Gary hasn’t been a Nazarene for a long time.) But I didn’t think anything of having a beer while studying the Scriptures. Shoot, at some of the LCMS churches I’ve attended, we serve beer during congregational meetings and Bible studies. And not that I want to be far gone in promoting the integration of alcohol with reading the Scriptures—there are certainly numerous and extended times of study when focused attention is absolutely required—but I assume that Jesus’ disciples often sat at his feet in the evening listening to him as they all sipped on some wine or strong drink. It’s a sweet time.