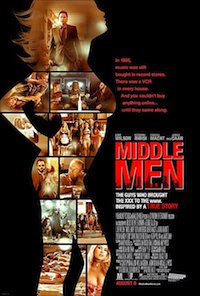 But, not long after he uttered those words, pornographers found a way into the iPhone. Not through apps, because Jobs has stood firm, but through a major feature of the new iPhone 4: a videoconference feature called FaceTime. In several cities, Craigslist ads have appeared seeking models to have video sex chats using FaceTime. “It has a very personal feel”your mobile phone to hers, ”said one porn-production spokesman, who will be charging by credit card close to $6 per minute for people to speak with his models.

But this façade doesn’t hold up for long: Soon Harris and the business are mixed up with gangs, drugs, theft, blackmail, kidnapping, and murder. Harris’ family life goes to the dumps”he ends up cheating on his wife and nearly abandoning his kids. It’s a storyline that perfectly captures what St. Paul meant when he wrote, “bad company corrupts good morals.”

Is this surprising? Pornography is Big Easy Money, and when there’s so much easy money being made so quickly, there’s fertile ground for greed and corruption. Mallick told me, “It was an insane business. It was draining physically, emotionally, spiritually, intellectually.” He added, “It’s a better movie than a business.”

After watching Mallick’s story in Middle Men , we get a glimpse of why Steve Jobs would rather not be one.

Mary Rose Somarriba is the managing editor of First Things .