For some four weeks now I’ve been traveling to Gothenburg, Nebraska, to conduct worship services for a mission church that split off from a congregation of the Evangelical Lutheran Church in America. The mission church”newly named Trinity Lutheran”has aspirations of becoming a congregation of the North American Lutheran Church and, so it seems, I am the only NALC pastor available within three hundred eighty-three miles, one way. My two-thousand-year old Mazda is taking a beating for the glory of the Lord and I would guess it is only the Lord’s glory holding it together. I drive up on Saturday morning; meet with committees in the afternoon, conduct worship Sunday morning, do more meetings afterward, then journey back to Kansas City.

My job is pretty simple. I am to get them up and organized to the point where they are able to call a full time pastor. It is a grueling yet an exhilarating experience.

These are a group of folks, upwards of one hundred thirty by the time things shake out completely, who have left their home congregation. They leave behind not a few friendships and in some cases relatives, and an almost sixty-year-old parish of the Evangelical Lutheran Church in America. The “left behind” congregation was formed in the 1950’s by two much older congregations that decided they could do more together than apart. Now things again are coming apart. 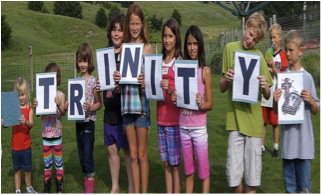 What became a new church in fact began two years ago with a men’s Bible study. This group had been meeting every Wednesday morning for perhaps twenty years; just some guys gathered over biscuits and gravy with open Bibles. A lot of their study, I gather, focused on word studies, tracing “covenant,” for instance, or “salvation” or the like through Scripture”harmless enough.

Then in 2009 the ELCA decided that gay sexual relations were no longer biblically forbidden, and set about ordaining homosexuals to the pastorate, provided their partnerships were monogamous, lifelong, mutually enriching and all that. The ELCA did not endorse gay marriage, but that logically will follow. In any event, the ELCA declared biblical sin un-sin. That woke the Bible study guys up. That happens a lot. For many average members the ELCA in and of itself is somewhat remote. What it does or does not do isn’t nearly as important as what their local congregation may or may not do. But the sexuality question, well, that gave rise to serious investigation. The Bible study shifted away from the Bible to what the ELCA was doing with, if not to, the Bible.

When they sought wider discussion in their congregation, the effort was slapped down. The church council voted to “dissolve” the men’s Bible study; several of the group were adjudged “persistent trouble-makers” by the council and received formal letters of admonition. When they did succeed in bringing ELCA affiliation up for a vote, it failed”as anticipated. That was on one Sunday. By the next Sunday they had located worship space, a musician, hymnals, and me.

This sort of untangling is a scene sadly replicated in many ELCA congregations across the country. One thing leads to another thing and pretty soon there are a lot of very unhappy ELCA Lutherans in the existing congregation. Talking with my new parishioners reveals it isn’t any one thing that led to their dissatisfaction with the ELCA.

The ELCA has offered people a smorgasbord of issues to pick from. It isn’t just gay sex or gay ordination, or maybe it isn’t any of that at all but something else entirely. For one member it is this, for another that, and for yet another perhaps it is the whole thing taken together that has propelled them out. All of the issues in the ELCA, though, are summarized as first, a drift from biblical principles and, second, a loss of Lutheran confessional identity.

Something changed with Lutherans following the creation of the ELCA, and nobody can quite put their finger on how it happened or exactly when. But most I have talked with use but one word to describe their departure: relief.

For the record I do not believe the ELCA has become heretical. I do believe it has fallen into “grave error” in teaching. I well understand why many will not leave, even if they do not agree with ELCA teaching. The bonds of history, kinship, memory, and, yes, even conviction opposite my own, are legitimately powerful. And there are those who feel persuaded to remain in the ELCA in a continued witness for reform. I cannot think, though, they will have an easy time. Orthodox Lutheran pastors are likely to become more and more suspect and find it harder locating calls. Congregations remaining ELCA have and will experience membership loss, not always in dramatic splits but in a gradual drift of membership.

The departure of orthodox members, lay leaders, and pastors will leave the remaining orthodox in a weakened and vulnerable spot. Schism is an unpleasant business, even though Protestants seem to do a lot of it; Catholics too, time to time, if I remember my history. Nonetheless, I never thought I’d be a part of one and an appeal to conscience justifying it must be taken in humility; who is to say the NALC is on the right side of history? As St. Paul put it to the Corinthian church, “No doubt there have to be differences among you to show which of you have God’s approval.” That won’t get decided any time soon. But what the NALC offers to me, now, is a genuinely Lutheran confessional view of the authenticity of Scripture. “The canonical Scriptures of the Old and New Testaments,” the constitution puts it, “[are] the inspired Word of God and the authoritative source and norm of its proclamation, faith and life, ‘according to which all doctrines should and must be judged.’ (Formula of Concord, Epitome, Part I)” How well we do it is a judgment that awaits.

Meanwhile, part of me wants to gloat over the ELCA; part wants to weep. But a larger part says, what’s a Mazda or even two for the chance to help launch something bigger than myself?

Russell E. Saltzman is the development pastor of Trinity Lutheran Church in Gothenburg, Nebraska. His previous On the Square articles can be found here.