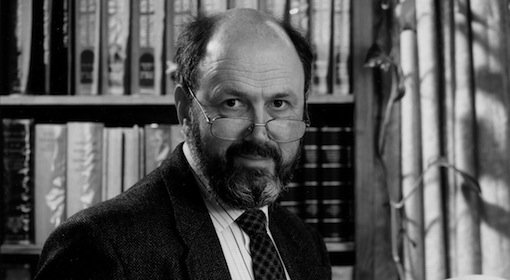 Peter Leithart, remarking on the trendsetting biblical criticism of N. T. Wright, has questioned the way that many (presumably English) Christmas hymns fail to capture the political and social context of the birth of Jesus Christ. Leithart claims that Advent hymns (unlike Christmas hymns) capture the here and now. Advent hymns declare, in this way, a crisp, prophetic vision towards a world gone astray: “They are deeply and thoroughly and thrillingly political. Advent hymns look forward not to heaven but the redemption of Israel and of the nations, the coming of God’s kingdom on earth.”

For Leithart, we would all be better off ridding ourselves of hymns that fail to include the deeply political and social aspects of the original Christmas story. “Wright is no Grinch,” he claims. “He didn’t steal Christmas. What he stole was a false Christmas, a de-contextualized and apolitical Christmas. But we shouldn’t have bought that Christmas in the first place, and should have been embarrassed to display it so proudly on the mantle. Good riddance, and Bah humbug.”

As one who studies the literature of eighteenth- and nineteenth-century Christianity (the period that gave us so many of our great English hymns), I must admit that some of Leithart’s critique rings true. Indeed, some of our most beloved hymns contain precisely the kind of otherworldly message that Leithart deplores.

Before we call for a moratorium on Christmas hymns, however, let’s remember that these hymns often contain powerful reminders of profound and, I daresay, eschatological change. We would be wise to listen.

English Christmas hymns often highlight dimensions of the gospel that are too often overlooked in our times. Luke’s account, for example, includes a cosmic vision of angels, multitudes of the heavenly host, signs, and promises of universal renewal. Isn’t that what Charles Wesley captures in the majesty of “Hark! the Herald Angels Sing” (1739)? Allusion to Christ the “Prince of Peace” and “Sun of Righteousness” who “lays His glory by” is a mystical portrait of creation restored by union with the divine. Perhaps such biblical themes have simply fallen out of fashion.

Isaac Watts’s “Joy to the World” (1719), one of the most beloved Christmas hymns (and one that Leithart finds middling at best), includes a striking third stanza:

This is the message of good news that Christians celebrate each year. The birth of Christ reminds us that all is not well in the world”even now”and we wait in expectation for things to be made fully right. Though we live between the times, our full redemption is coming. The “sins and sorrows” of violence, poverty, and death are pressed back at the Incarnation.

In the poetry of John Keble, for example, we find a sophisticated challenge to the widespread tendency to domesticate Jesus Christ and the message of redemption. Keble’s The Christian Year (1827), which offered verse readings for the liturgical calendar, was one of the most widely owned (and read) devotional books in nineteenth-century England. Keble was the Oswald Chambers of his day. Yet Keble’s “Christmas Day,” I suspect, reflects the otherworldliness that Leithart anxiously demurs:

Think on the eternal home,
The Savior left for you;
Think on the Lord most holy, come
To dwell with hearts untrue.
So shall ye tread untired his pastoral ways,
And in the darkness sing your carol of high praise

No doubt, the “eternal home” we are reminded of is an otherworldly one. The vast difference between the divine order and human structures is placed squarely before us. Yet Keble’s verses do not call us to escape our earthly situation. Rather, they remind us that the turmoil of this world is not God’s plan.

I suspect that some dismiss Christmas hymns out of historical myopia. Many English hymns were written in times of great struggle. They require interpretation and contextualization, to be sure, but they offer hope as well. In an age of unchecked industrialization, obscene child labor practices, and global catastrophes”and I’m talking about the eighteenth century right now”these hymns offered hope of change on a cosmic scale.

We face obstacles no less severe in our own day. Christmas hymns subtly challenge the political optimism of (post-)enlightened skepticism through a powerful contrast between light and darkness.

I cannot help but wonder if we too easily succumb to the trends of our times. Caution is in order. Theologians increasingly privilege the bodily, political, and here-and-now over the heavenly, spiritual, and eternal. The effort to reset the balance risks base materialism.

Trends in biblical scholarship ought not too quickly cast aside the rich tapestry of faith. Israel is central to the story of biblical redemption, no doubt, but so are themes of salvation, heaven, and hope. In one hundred fifty or two hundred years, the norms of current biblical and theological scholarship (as well as contemporary hymns and spiritual songs) will be regarded with no small amount of suspicion, too.

Christmas hymns call us to a vision of something beyond our world. Perhaps we simply do not feel the need”but not everyone lives in comfort, travels in safety, and enjoys the privileges of modern society. For those who feel the pangs of deep despair, these revered hymns allow for reflection on that which this world does not offer”where only the eschatological vision of Scripture will suffice.

The message of Christmas hymns is clear. Things need to improve. Change must come. But God’s total redemption far exceeds our limited vision. God’s promised peace surpasses the most profound social and political renewal the intellect can muster.

Before we throw away our hymnals, let’s take another look at the Christmas message. Perhaps we’ll rediscover the God who humbled himself and offered us cosmic renewal beyond even our wildest dreams.