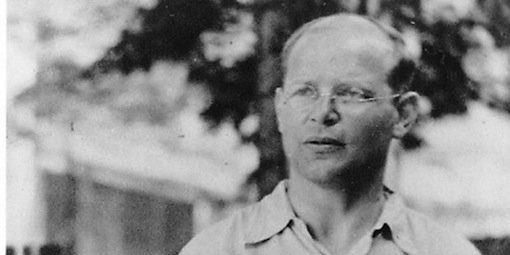 On the subject of religious controversy, 2013 started off with a bang, not a whimper. Hobby Lobby, the craft chain owned by a Christian couple, chose to defy the odious HHS mandate pioneered by the administration of President Barack Obama. This edict seeks to bring religious groups to heel by requiring all employers to cover contraception and abortifacients in their health-care plans. For its defiance, Hobby Lobby faces atmospheric fines of $1.3 million dollars per day.

What could motivate such response from this company, traditionally associated less with political battles than knick-knacks and sewing kits? David and Barbara Green, the owners of Hobby Lobby, remain committed to upholding their evangelical beliefs”including pro-life convictions”no matter the cost or threat inflicted upon them. This is a remarkable example, and a heroic one. The Greens are demonstrating the theological courage necessary to participate in a public square that continues to show increased hostility toward orthodox expressions of faith.

Though this challenge is new, this virtue is not. In the grand Christian ethical tradition, prudence, temperance, justice, and fortitude or ‘courage’ have formed what are called the cardinal virtues, from the Latin meaning ‘the hinge of the door.’ According to our guides, all other virtues “hinge” upon practicing these virtues as necessary for experiencing the moral life.

According to C. S. Lewis, courage is the most necessary of the pack. “And Fortitude includes both kinds of courage”the kind that faces danger as well as the kind that ‘sticks it’ under pain. ‘Guts’ is perhaps the nearest modern English. You will notice, of course, that you cannot practice any of the other virtues very long without bringing this one into play.” The righteous, Proverbs says, are bold as a lion.

This was true in ancient times, and it is true in ours. One must have courage in one’s veins to withstand the secular forces that would elbow Christian faith out of society and reduce it to a prayer card and some precious moments.

So this is what theological courage is: it is courage driven by truth, biblical-theological truth. Its power is such that it impels Christians of all kinds to address matters of great import. Theological courage calls the inner-man to ignore his buckling knees and take theologically driven stances that, while potentially controversial, are righteous in nature.

Theological courage, you might say, is God’s truth addressed not only to the academy, but the public world. This includes the central gathering place of this world, where ideas are debated and strategies for change vie for adoption: the public square.

But this term might seem bloodless if not fleshed out. What does theological courage actually look like?

Theological courage is Dietrich Bonhoeffer, who mounted an assault on Hitler’s tyrannical overreach and abasement of human dignity. This bravery cost Bonhoeffer his life.

Theological courage is bearing epithets like “bigot” because one believes marriage is paramount to society’s health.

Theological courage is a mega-church pastor (or a small-town preacher) willing to preach not only against homosexuality, but against divorce, cohabitation, and sexual promiscuity.

Theological courage is a college student willing to speak biblical truth on human sexuality. It is that same student getting a burger with her friends after class and urging them to embrace the transforming power of the gospel.

Theological courage is Pope Benedict’s Christmas address to the Roman Curia , calling the world back to a sane and faithful embrace of sexual identity and gender, a pursuit worthy of evangelical cobelligerency.

And let us be clear on the opposite end. Theological courage is not the path taken by British evangelical leader Steve Chalke, who recently abandoned biblical sexual ethics . Chalke has characterized his grappling with Scripture as a courageous enterprise toward justice and inclusion. But what is courageous about cultural appeasement? Would Chalke have reached his conclusions had there not been great cultural pressure to do so?

Courage, and love for sinners like us who think their ways better than God’s, inspires us to protest injustices like Louie Giglio’s removal from the inaugural proceedings . The Bible compels us to do so. Love of our neighbor means that we must reject the view that homosexuality, and all sexual sin, “liberates” the sinner. In reality, it is enslaving. The truth, then, is not hostile; it is loving, for it frees us from our sin.

These are strange times, whether for wholesale craft suppliers or fresh-faced pastors. To face the headwinds, Christians must summon fresh bravery if our faith is to continue to play its vital role in this country, if thriving businesses are to endure, and most importantly, if our neighbors of all kinds are to know the love of Christ.

Owen Strachan is a professor at Boyce College and Executive Director of the Council on Biblical Manhood & Womanhood. Andrew Walker works at The Heritage Foundation in Washington, D.C. The views expressed in this commentary are his own and should not be interpreted as the views of his employer.