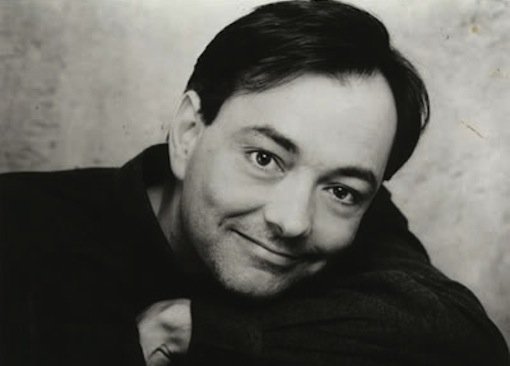 Rich Mullins’ songs are some of the most recognizable and enduring tunes in contemporary Christian music”a genre heavily influenced by and almost exclusively marketed to Evangelicals. Still, even Catholics and mainline Protestants recognize the refrain of his best-known hit, “Awesome God”:

What many don’t know, however, is that Mullins very nearly converted to Catholicism, in part because of his devotion to St. Francis of Assisi.

Mullins grew up in a small Indiana town outside of Richmond. As a child, he and his mother attended Quaker meetings, in which believers gather to be silent and hear the word of God. After first grade, the Mullins family began to attend Whitewater Christian Church, which developed young Rich’s love for sacred Scripture, and from which he learned to be a more ecclesial and liturgical Christian than many of his Evangelical contemporaries.

In one of his most memorable songs, “Creed,” Mullins sets to music the words of the Apostles’ Creed. As Mullins’ success in contemporary Christian music grew, his love for the Church and her saints intensified. He became increasingly and more explicitly Catholic in his worldview. Artistically, this culminated in the release of his 1993 album A Liturgy, a Legacy, and a Ragamuffin Band. The first part of this record loosely follows the pattern of the Mass with songs for an Introit, Gloria, Credo, and Agnus Dei.

Mullins’ Gloria, “the Color Green,” follows a character on “his way to early meeting” who sees the world as the “house of God / where the windows are mornings and evenings / stretched from the sun, across the sky / north to south” and in the joy of this moment he hears the rocks crying out “Be praised for all Your tenderness / by these works of Your hands / Suns that rise and rains that fall to bless and bring to life Your land.”

Liturgy also contains “Creed’” as well as the thoughtful “Communion Blessing” called “Peace.” This is the Agnus Dei of Liturgy and is based on the Gospel of John’s “Bread of Life” discourse (John 6:32ff). In this song, Mullins expresses a belief in the Real Presence and his devotion to the Eucharist “In His Blood and in His Body . . . Peace to you, Peace of Christ to you.” For his largely Evangelical audience, this sacramentalism was a kind of provocation.

The artwork of Mullins’ 1996 “Best Of” album, Songs, relied heavily on Catholic images of devotion. A photo of the Little Flower, St. Thérèse of Lisieux, images of Our Lady, and crucifixes unapologetically adorn the album’s insert. Moreover, Mullins included a version of his snappy (quite literally) a capella track, “Screen Door.” With the words, “it’s about as useless as a screen door on a submarine / faith without works, baby / it just ain’t happening,” he criticized the quietism of many Christians and urged a faith that issues forth in action. If the love of God is truly “poured out into our hearts” (Rom. 5:5) as St. Paul says, it ought to overflow in love for the poor, the suffering, and the downtrodden.

From his early life, Mullins admitted to being intrigued by the beauty of the Catholic Church and attracted to its mystery. In 1991, he was interviewed and quoted as saying “I think I would like to be a monk. I really considered Catholicism a few years ago, but there were some things that I just couldn’t reconcile.” Like all Evangelicals who consider entering the Catholic Church, Rich had theological difficulties to overcome.

Mullins continued with praise for John Paul II’s encyclical Veritatis Splendor ,“I read the pope’s newest encyclical and to me it was shocking. It was a wonderful breath of fresh air that someone says, ‘There is such a thing as truth, and it is a beautiful thing.’ . . . More than ever before, I think that a great part of the Holy Spirit in our lives is played out through what the Catholic Church would call a Eucharistic community, and that’s the thing that is lacking in Protestantism. If Christ is head of the body, the body has to be together.”

Not long after this, Mullins enrolled in and completed an RCIA (Rite of Christian Initiation for Adults) course, a catechetical program intended for those considering conversion to Catholicism. After completing it in 1995, he told Fr. Matt McGinness of the Diocese of Wichita that he knew he would make the “switch to Catholicism someday” but at this point he still wasn’t ready.

The biggest influence on Rich Mullins’ budding Catholicism was his devotion to St. Francis of Assisi. It is almost as if his Franciscanism preceded his Catholicism.

Mullins began a group called the Kid Brothers of St. Frank in order to live out the religious vows of poverty, chastity, and obedience. He wanted to bring Francis to the modern world without actually joining an established Franciscan order. Mullins admitted, “I would love to be a Franciscan brother. I’m just not sure I have the courage to do it. He said in another interview, “Having grown up Protestant, I was unfamiliar with St. Francis. Then I watched the movie Brother Sun, Sister Moon . . . I just became fascinated with the character of St. Francis. What I saw in that movie was a man who had fallen in love with God, someone for whom God was everything.”

Taking the gospel as seriously as did St. Francis involved taking on the ferocity with which he embraced his vow of poverty. For Mullins, the virtue of poverty meant that everything he owned”time, talent, treasures”was God’s and that he was but the steward. Despite the commercial success of his music with its concomitant monetary blessings, he sold what he had, matriculated to Friends University and there founded the Kid Brothers. He obtained a music education degree so he could teach music and carry God’s love to Navajo youth on a New Mexico reservation.

Mullins chose to live on $24,000 a year, the average working man’s salary at his time. He told his accountant not to tell him how much money he had. He wryly observed that, “it was easier to give it away if he didn’t now how much he had.” As Mullins told the Chicago Tribune , “St. Francis had a great grasp of Christian joy. If you really want to be free, you have to be free of things.”

Even as a Protestant, Mullins came to embrace a vocation to celibacy. This is how he chose to live the virtue of chastity, which for him was “learning how to really be able to let real love, which would come from God, rise above all of the pollution of self-interest [and] self-aggrandizement.” Put simply: loving purely.

Fr. Matthew McGinness reports that by September 1997, Mullins had finally made up his mind: He was going to be received into the Catholic Church. With his busy tour schedule he had a hard time meeting up with his priest-friend. But on Thursday, September 18, Rich phoned Fr. McGinness. “This may sound strange, but I have to receive the body and blood of Christ.” The two planned to meet the following Sunday.

On Friday, September 19, on his return to Wichita, Rich Mullins and fellow Kid Brother Mitch McVicker were involved in a car accident. Their jeep flipped and both men were thrown from the vehicle. A trailing rig swerved to miss the jeep and hit Rich. He died at age forty-one.

The conversion would never be “official” but Rich was, at least, an asymptotic Catholic. He kept approaching the culmination of his journey but never quite made it to the end”at least not in this life.

Patrick C. Beeman is currently finishing his residency at the Wright State University“Wright Patterson Air Force Base Combined Program in Obstetrics and Gynecology in Dayton, Ohio.