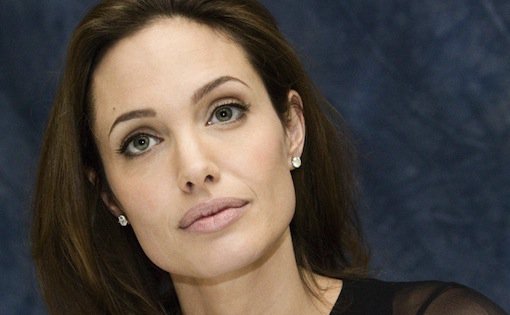 Angelina Jolie has gone public with her decision to have a preventative double mastectomy at age thirty-seven. She lost her mother young to cancer, and her doctors urged her to remove her breasts after she underwent testing that placed her in a high-risk category for future cancer.

I cringed to read that Jolie had decided to cut her body for prevention’s sake. It is a regrettable step, if a necessary one. My own breasts have nourished my children in their infancy and toddlerhood for the better part of the last decade. As I write this, I am nursing my twenty-one-month-old son Samuel. My cringe came with a worry: that a dramatic announcement like Jolie’s will distract women from less dramatic”and costly”preventative steps.

Women who lack Jolie’s means are collectively throwing up our hands. How can we, the working poor, afford weeks of preventative therapy, surgery and breast reconstruction to prevent breast cancer? Will our insurance cover this? Can cancer-free breasts be saved, or are they eventually bound to kill us? Where will this research lead? Will there come a time when young women are routinely urged to receive genetic testing and then have their bodies cut in prevention rather than risk a future cancer diagnoses? How cursed have breasts become?

If simpler steps for prevention are available, we are wise to take advantage of the knowledge we have to keep cancer at bay. These may be, to quote a Nativity hymn, “painful steps and slow.” But they require of us the Lenten sacrifices of moderation that lead to good health: reduction in the consumption of fats, regular exercise, avoiding the vices of excessive alcohol and smoking, and eating healthy unprocessed foods.

After consulting pro-life physician Dr. Peter Rosi, a breast cancer specialist in Chicago who changed to family practice in his effort to educate young parents and to prevent cancer in women, I began to practice extended breastfeeding to about three years with each of my children. I have never taken the Pill.

My family eats a diet that is strong on vegetables and we aim for hormone-free foods. We garden and grow pesticide-free foods. When we can afford it, during winter, we buy foods that are hormone- and pesticide-free. We have reduced sugar and dairy consumption. We get vitamin D through vitamins and sunshine. For calcium, we eat almonds and bok choy. We avoid the use of plastic in the kitchen by using glass storage containers rather than risking the possible breakdown of bisphenol A (BPA), which is linked to cancer. These are some ways I am trying to prevent breast cancer in my body and in my children.

For women, bearing children before age thirty may not be a politically, socially or economically wise choice, but for preventing cancer, some studies recommend this step. Breastfeeding a baby beyond the first year, even through the second year as recommended by the World Health Organization, is also a way to support breast health.

I married at age twenty-four. My first child was born when I was twenty-five years old, and I gave birth three times during graduate school. Those births were not always met with welcome by those close to me, but God called me to be a mother and I have welcomed the opportunity with open arms.

As for most mothers, learning to nurse was a challenge for me. I faced bleeding nipples and some crying sessions on the phone with my mother and with a La Leche League consultant. It is by God’s grace and with much patient help from others that I have been able to pass along the antibodies and immune protections to my babies that reduce their risk of diabetes and childhood cancers and, as was announced just this week, may even lower their risk of ADHD. I put children before a career, and it took me eight years to complete my Ph.D. as I wrote a dissertation from the kitchen table.

Society in the United States already has a hard time with the God-given nourishing function of the female breast. Mothers in most states have the protected legal right to nurse their babies anytime, anywhere. But mothers buy “Hooter Hiders” and cover themselves in order to not offend others or raise eyebrows. This is not the case in contemporary Latin America, for example, where the new pope was photographed greeting a breastfeeding mother who was openly nursing her child in his presence.

Nor was it the case in the Renaissance, as artistic renderings of the Virgin Mary nursing the infant Christ readily attest. Twenty-first-century “lactivists” stage nurse-in protests when businesses like Victoria’s Secret (2006) and Hollister (2013) ask nursing mothers to refrain from nursing in public. Breasts are oversexualized to the point that the mainstream has difficulty accepting them in any non-sexual context.

As a Church and society, we can support nursing mothers by providing information and encouragement to seek help from organizations like La Leche League and making referrals to an IBCLC board-certified lactation consultant when a new mother is struggling with nursing. Families, churches, and employers can make breastfeeding mother-baby togetherness a norm, so that mothers can succeed in nursing without feeling pulled in two while they mother their children.

Let’s not leave our health solely up to health experts who stand to gain tremendous amounts of income from fearful women who are willing to go to costly and painful lengths to avoid cancer. Day by day, we can act in moderation from childhood onward, avoiding risk factors and choosing healthy behaviors, in order to lower the risk of premature death, so that God’s call to live and serve the world and the family with our hands, our hearts, and even our breasts, can be lived out in old age as in youth.

Sarah Degner Riveros is a visiting assistant professor of Spanish at Valparaiso University. Due to an editorial error, an earlier draft of this piece was originally posted. It has since been updated.

Cancer is linked to BPA in plastics