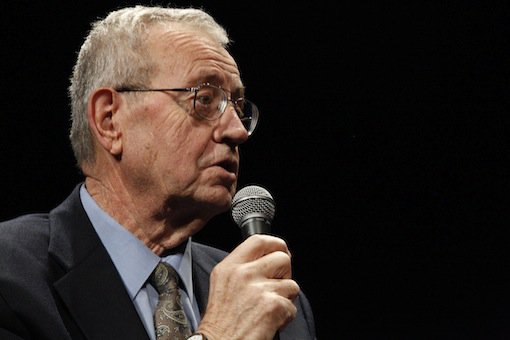 When Dallas Willard’s magnum opus, The Divine Conspiracy: Rediscovering Our Hidden Life in God , came out in 1998, I was a junior in high school. I can’t recall now what made me pick up a copy, but I knew soon thereafter that I’d found a book that would prove to be a milestone in my spiritual and theological pilgrimage.

Like many young men my age, I was unsteady, restless, volatile. I remember surges of anger”the kind of thing that, looking back, one attributes to adolescent hormones but, at the time, feels remarkably like losing control of your personality. And I remember how, in the midst of that turmoil, I wanted to learn to pray, to be still, to seek a quiet “center” (in the jargon of much spiritual writing and reflection)”and, ultimately, to be transformed in such a way that those youthful fits of rage wouldn’t rule my life anymore.

Opening Willard’s book, I read: “The idea of having faith in Jesus has come to be totally isolated from being his apprentice and learning how to do what he said.” In that sentence, I felt, was my diagnosis. I had grown up in an Evangelical Christian home, I “had faith in Jesus,” but what I didn’t have was a sense of how Jesus’ life connected to the practical problems I faced in my day-to-day existence. I had imbibed what Willard memorably calls a “gospel of sin management,” a message that enabled me to be confident of post-mortem salvation but left me largely clueless as to how to handle my troubles as a teenager.

I read on and encountered this, from the same page in The Divine Conspiracy : “How to combine faith with obedience is surely the essential task of the church as it enters the twenty-first century.” Thumbing through my old copy of the book, I see a marginal note from my seventeen-year-old self: “This is one of the most troubling questions . . . . How to fit together faith and obedience, justification and sanctification, Gospel and Law?” Asking that question was, in retrospect, the beginning of my interest in theology. The urgency of my adolescent angst had led me, unaware, into one of the central issues in the study of Christian teaching: how the forgiveness of sins issues (or fails to issue) in a changed way of life.

Willard’s own solution to this perennial dilemma is straightforward: When we “come to faith,” we are coming to Jesus not as an insurance salesman but as a Maestro who has a place for us in his master class.

He is not just nice, he is brilliant. He is the smartest man who ever lived. He is now supervising the entire course of world history (Rev. 1:5) while simultaneously preparing the rest of the universe for our future role in it (John 14:2). He always has the best information on everything and certainly also on the things that matter most in human life. Let us now hear his teachings on who has the good life, on who is among the truly blessed.

What we need, Willard argues, is to hear the Sermon on the Mount afresh, not as mere “law,” aimed only at reforming our behavior, but as instruction on how our hearts may be renewed. Jesus, Willard says, “does not call us to do what he did, but to be as he was, permeated with love. Then the doing of what he did and said becomes the natural expression of who we are in him.” To me as a high school junior, wrestling as I was with an existential burden, this sounded like very good news indeed.

In the years since high school, as I’ve followed up those first tentative theological steps with more exploration in the Christian tradition, I’ve become less enthused about some of Willard’s conclusions. I now think, for instance, that when Willard characterized much of classic Evangelical soteriology as concerned only with “managing sin” or offering “fire insurance” to escape hell, he painted a regrettable caricature.

Confessional Protestantism, the seedbed of Evangelical theology, has always stressed the importance of a renewed way of life. In the words of the Westminster Confession, when we are incorporated into Christ, “the dominion of the whole body of sin is destroyed, and the several lusts thereof are more and more weakened and mortified; and [we are] more and more quickened and strengthened in all saving graces, to the practice of true holiness.”

But the crucial point, for Protestant theology, is that this transformation is only possible as the fruit of having our sin, not “managed,” exactly, but canceled , destroyed, borne by Christ on the cross and borne away. Freed in this way from fear of divine condemnation, we are joyfully enabled to inhabit the kind of changed life Willard writes about. And Evangelicals, from the beginning of our movement with people like John Wesley and William Wilberforce until now, have in fact done so.

On the other hand, though, I’ve come to view many of Willard’s insights as abidingly significant. His practical teaching, found in the final third of The Divine Conspiracy and elsewhere, on why and how to practice disciplines (like memorizing Scripture, fasting, and observing times of solitude and silence) has no peer. (It was largely because of Willard that I decided to memorize Romans 6-8 while in high school.) And some of his sentences sparkle with such insight and comfort that they merit revisiting. For instance:

Out of the eternal freshness of his perpetually self-renewed being, the heavenly Father cherishes the earth and each human being upon it. The fondness, the endearment, the unstintingly affectionate regard of God toward all his creatures is the natural outflow of what he is to the core”which we vainly try to capture with our tired but indispensable old word love .

The reasons I’ve spent the last ten years acquiring graduate degrees in theology, and the reasons I’m now a teacher at a seminary, pursuing ordination to the priesthood and helping to train students who are also pursuing Christian ministry, are multiple and complex. But lying near the heart of that tangle of reasons is, I think, a frightened, frustrated seventeen-year-old picking up Dallas Willard’s book The Divine Conspiracy . I’ll always be grateful for the stimulus I gained from it, and for its author. May he rest in peace.

Wesley Hill is assistant professor of New Testament at Trinity School for Ministry in Ambridge, Pennsylvania .