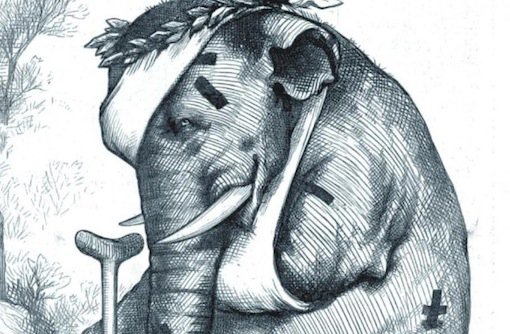 Thirty-four. That is the percentage of 2012 voters who, according to exit polls , believed Mitt Romney’s policies would primarily benefit the middle class. Fifty-three percent responded that Romney’s policies would primarily favor the wealthy. Things, though, are in danger of getting worse for Republicans. The GOP political establishment and groups of Tea Party“branded Republicans are advancing immigration and tax policy agendas that will make the party look even more like a special interest group for the wealthy.

By narrowing support for the Republican party, these immigration and tax policies would make it more likely that policy would be made by Democrats and that those policies would involve high taxes (especially on high earners), high spending, and high regulation. Both the Republican establishment and the Tea Partiers would be better off adopting what they might see as second-best policies that advanced their priorities as much as possible while reaching out to the working and lower middle classes.

The Republican establishment has lately fixated on immigration policy. The Republican National Committee autopsy downplayed the public perception of the Republican party as the political vehicle for the wealthy and further broke its own stated rule of not offering political advice in order to counsel that Republicans support comprehensive immigration reform. Comprehensive immigration reform can have multiple meanings, but reporting indicated that Republicans were pushing for a large low-wage guest worker program. This despite an unemployment rate of 11 percent among workers with less than a high school education.

Many Tea Party“branded Republicans embrace policies that are, if anything, even more high-earner“oriented than those of the establishment. Rand Paul was elected as a Tea Party insurgent, and he has made some skeptical noises about the immigration bill being negotiated in the Senate. He has also come out for what would amount to a much larger guest worker program than the one that was negotiated by the Gang of Eight.

The problem does not end with immigration. Some Tea Party Republicans support policies that would cut taxes on high earners while raising taxes on the middle class. Rand Paul is one example. Paul’s plan to replace the income tax with a flat tax would raise the tax liability of many middle-class families. Rep. Steve King is a vocal opponent of the emerging Senate immigration bill, but he supports the Fair Tax that would likely operate as a tax increase on the middle class.

Plans that would further drive down the wages of lower-skill Americans (by increasing the labor supply in that part of the labor market) are bad for limited-government politics. As the wages of low-skill workers decline and their family ties weaken, they will demand that the state fill in the gaps. Not for nothing did Obama win unmarried women by a ratio of more than two to one while losing married women. Whatever the theoretical justifications in libertarian ideology for open borders or whatever theory of fairness to the high earners who “built that,” guest worker programs and middle-class tax increases would be a practical disaster for the cause of limited government.

Republicans can support restricting low-skill immigration going forward while going to a system that favors high-skill, high“English proficiency immigration (like in Canada.) This would increase the productivity of the labor force, and would increase economic growth without injuring those American citizens and current residents whose wages have been declining and whose families have been disintegrating. Such a policy would also be popular with voters in both major parties.

There is a place in our politics for a center-right that speaks to aspiration while offering better policies to those earning below the median income in the here and now. There is a need for a conservative party that is both pro-entrepreneur and pro“working class. On the other hand, a Republican party that seeks to drive down the wages of the least-skilled Americans while seeking to raise taxes on the middle class is setting itself up for terminal decline. The result of such a politics would be more victories by the higher-taxing, higher-spending, higher-regulating and more crony capitalist opposition. A Republican politics that looks like individualist, high-earner special interest politics will only open the door for state-enforced egalitarianism and technocracy.